The Lorado former uranium mill site is located approximately eight kilometers south of Uranium City.  The mill operated from 1957 to 1960.  Tailings were deposited adjacent to Nero Lake, with some flowing into the lake.  Estimates of the amount of ore processed at the mill range from 305,000 to 545,000 tonnes.  The volume of tailings produced is estimated to be 227,000 cubic metres, of which 50,000 cubic metres lie within Nero Lake.  The exposed tailings cover approximately 14 hectares.

Remediation work for the Lorado Mill Site was completed in 2016. SRC is now focused on the monitoring and maintenance phase of the project. Analysis of 2016-2020 monitoring data shows that the remediation was successful in mitigating public and environmental hazards. The site continues to be stable and is revegetating as anticipated.

Once the long-term stability of the site is confirmed, the site will be transferred into the Government of Saskatchewan’s Institutional Control Program (ICP), which comprises long-term management of decommissioned mine and mill sites on provincial Crown land.

SRC plans to apply to move the site into the Government of Saskatchewan's Institutional Control Program (ICP) in the next five years. The ICP is responsible for the long-term management of decommissioned mine and mill sites on provincial Crown land. 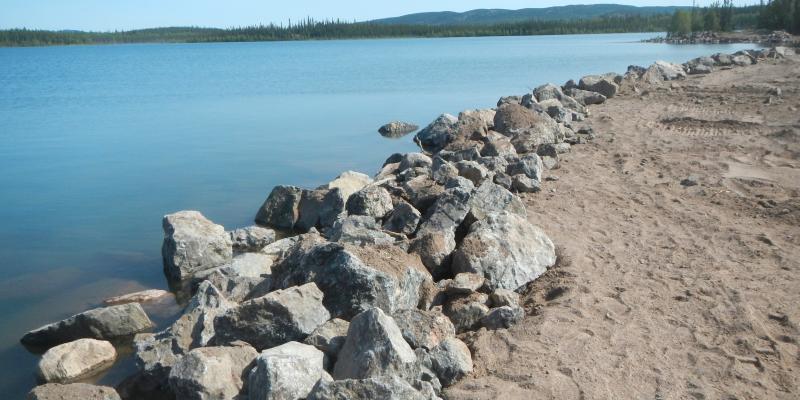 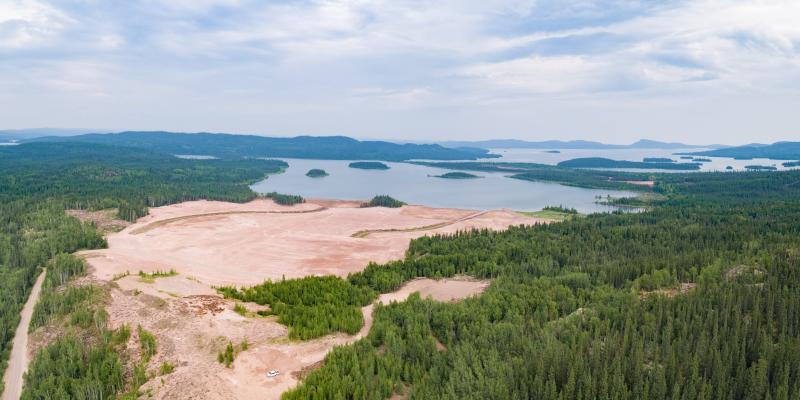 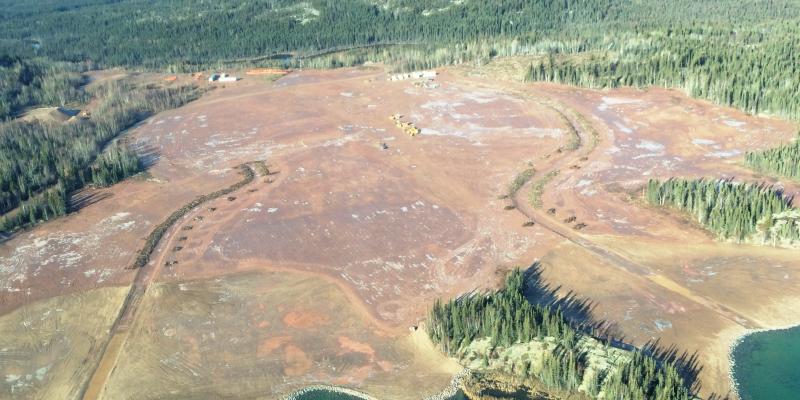 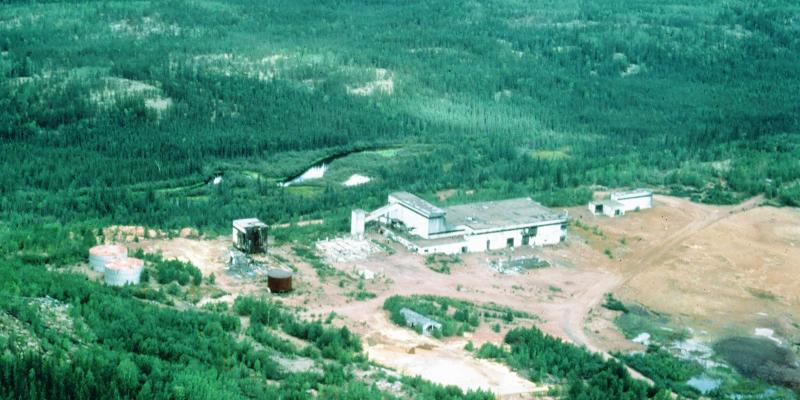 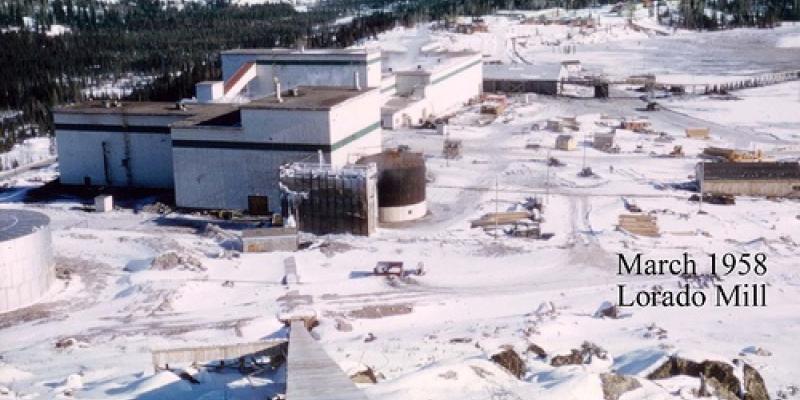 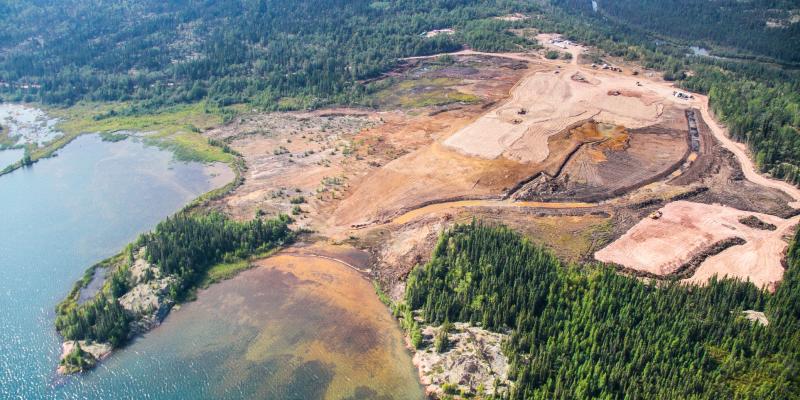 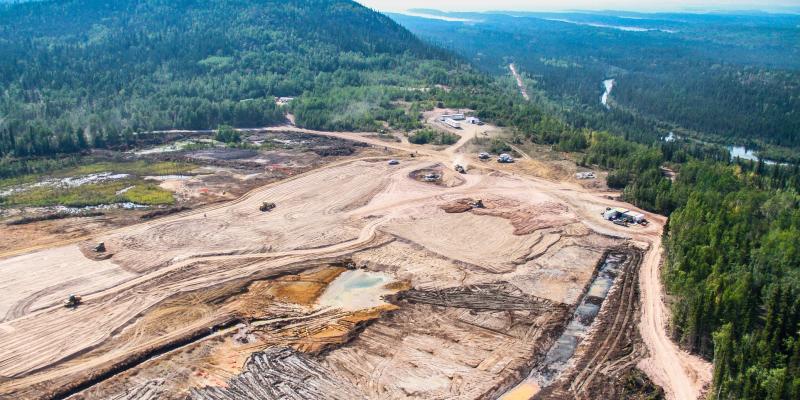 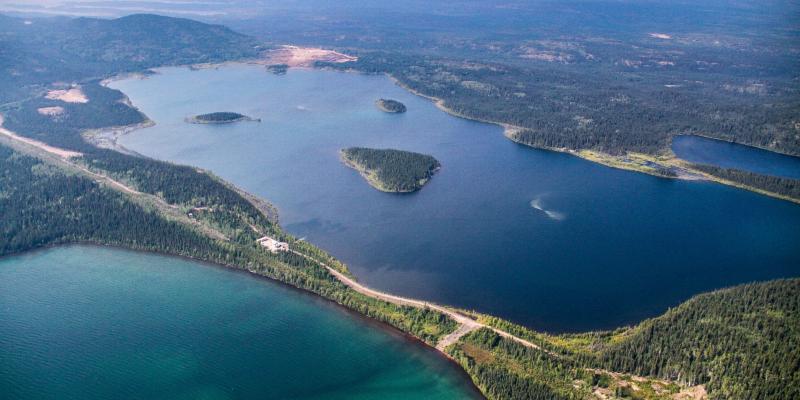 This image shows limestone being distributed from the water treatment plant into Lake Nero to treat the water. 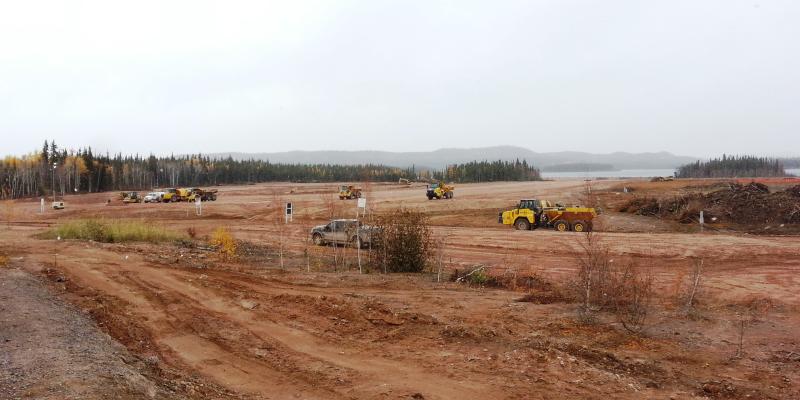 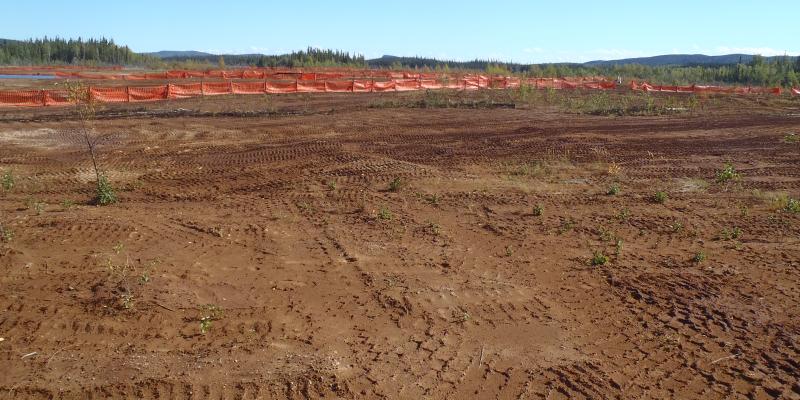 Dust suppressant was applied to the tailings in 2011 to reduce dust from the tailings and adjacent roadway at the Lorado Mill Site. 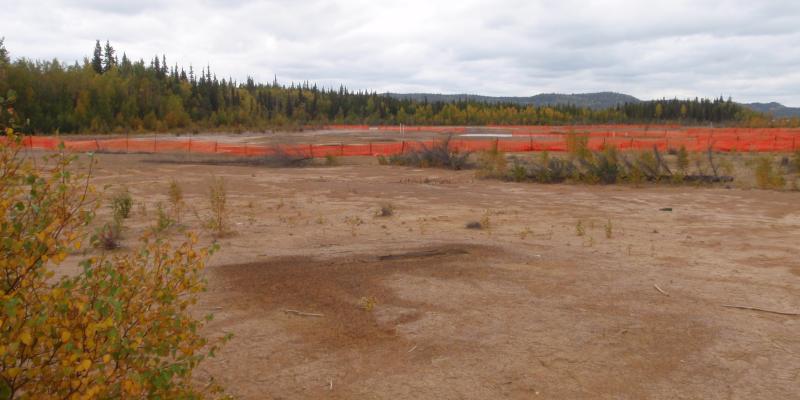 Tailings from the Lorado Mill site in 2010 with snow fences erected in 2005 to reduce dust travelling from the tailings. 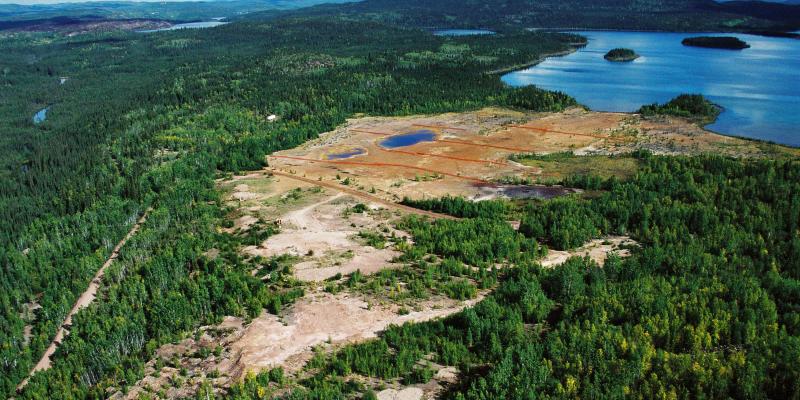 From 2011 to 2013, SRC managed the development of a conceptual risk reduction plan (Risk Reduction Plan presentation in Dene) and the environmental assessment of that plan. Several options were considered for the remediation of the tailings and Nero Lake. At multiple information sessions in Uranium City, local residents provided input to SRC and government regulators, so that important local viewpoints could be incorporated into the project plan. SRC also provided updates and received input at community meetings across the Athabasca region. In addition, provincial and federal regulators provided input to improve the plan.

The agreed upon objectives of the Lorado remediation project are:

SRC’s proposal to remediate the site, including the environmental impact statement, was approved by the Saskatchewan Minister of Environment on February 26, 2014, after a public review process.

Remediation began in June 2014. Over the summer, Nero Lake was treated with lime to reduce the acidity of the lake water and cause aluminum hydroxide to precipitate out of the water and settle to the lake bottom. This reduced negative impacts the Lorado Mill Site had on downstream Beaverlodge Lake. Monitoring in summer 2015 showed that the lake continues to be neutral and meets surface water standards for the protection of aquatic life.

Construction work on an engineered sand and till tailings cover began in 2014 and continued in 2015. This cover will reduce radiation exposure risk and prevent run-off from flowing over the tailings surface and into Nero Lake. Several areas around the site contained mill infrastructure and associated industrial waste. This legacy debris was consolidated, compacted and covered with clean till to reduce risks to public safety and the environment.

A few remaining tasks were completed in 2016, including finishing touches on the tailings cover, completing remediation of the final two peripheral areas, and repairing some impacts on the public highway that runs through the site. To reduce the risk of erosion and promote revegetation the till covers was seeded with native plant species.

The effectiveness of the remediation will be monitored for several years until it is demonstrated that the project objectives outlined in the EIS have been met. Once objectives have been met, the final phase of the remediation project will be to enter the Lorado former uranium mill site into the provincial Institutional Control Program for long-term monitoring and maintenance.

SRC worked with the prime contractor and the communities in the region to provide employment, training and business opportunities over the past two years. Targets, tied to bonuses and penalties, were set for worker demographics, local equipment contracts and regional spend for the contract. Over the course of the 2014 and 2015 work seasons, 51 percent of person-days worked at the site were by Athabasca Aboriginal people. Sixty percent of the equipment used at the site in 2014 and 2015 was sourced from the Athabasca Basin Region.

SRC will continue to update the communities in the region on progress at the Lorado site and welcomes local input into project planning. 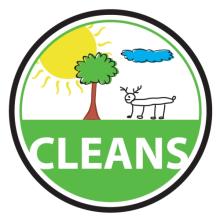