Canada is the world’s largest exporter of potash and Saskatchewan is home to nearly half of the world’s potash reserves. Large deposits of potash were first discovered in the southern area of the province by an oil crew in the 1940s.

Saskatchewan’s first underground potash mine opened in 1962, kick-starting a long history of potash production. SRC was a leading research contributor to mineral exploration programs and also supported ongoing research into solution mining as the industry grew. New potash assay methods for samples were developed at SRC in the early 2000s and SRC Geoanalytical Laboratories is now one of the world’s largest potash assay laboratories.

With 22 million tonnes of potash exported in 2020, Saskatchewan continues to be a powerhouse producer.

While potash has some valuable industrial uses, 95 per cent of the world’s production goes towards supporting the agricultural industry. As demand for a variety of food crops increases, farmers and industry are looking for premium fertilizer to maximize their yields.

SRC’s Mining and Minerals team is supporting the potash industry as it generates premium fertilizer for the global agricultural community. From developing analytical methods for the exploration sector to supporting processing, digital innovation and emissions reduction, SRC has the expertise to help Saskatchewan’s industry expand potash production worldwide to meet growing demand.

How potash is produced in Saskatchewan

Saskatchewan potash production is in the form of potassium chloride (KCl), also referred to as muriate of potash (MOP). MOP is the most common potash produced in the world and is used to fertilize a wide variety of crops. It provides key nutrients to plants and enriches the soil, helping to satisfy the demand for increased yields of cereal crops, fruits and vegetables.

In Saskatchewan, MOP is produced from soft rock mineral deposits of Sylvinite and, to a lesser extent, Carnallite. These deposits are extracted and processed at one of the 11 mine sites located in the province. Most of Saskatchewan’s potash mines use a conventional process to extract and produce MOP.

This process takes place in underground “rooms” where ore is crushed to extract the KCl-bearing minerals. The potash is then concentrated through a flotation process to separate the MOP from other impurities before it is de-brined and dried.

Several Saskatchewan mines are solution operations. Solution mines have been operating in Saskatchewan since 1964. These operations use fresh water and a heated brine solution to selectively dissolve the KCl underground. The solution is then pumped to the surface and cooled in a pond that allows the KCl to re-crystalize. Potash is then recovered, cleaned and processed for export.

While MOP Is the most abundant potash in the world, it does have some drawbacks. High chloride content in MOP can be beneficial for chloride-loving and chloride-tolerant plants, but its use can pose a problem for soils that are already high in chlorides.

Too much chloride can reduce soil fertility leading to stagnant crop growth and toxicity within the plant. Getting the right balance of nutrients is key for healthy soils and good yields.

Sulphate of potassium (SOP) is considered a premium fertilizer that can deliver key nutrients like potassium and sulphur to crops. Unlike MOP, SOP doesn’t contain chlorides and can be used in a variety of soil compositions—including soils that have high concentrations of chloride and sodium.

SOP is beneficial for many crops, including fruit and vegetables, as well as specialty crops like tobacco. Unlike MOP, SOP is not found in nature and cannot be extracted directly through conventional mining and processing operations. Instead, potash producers must produce SOP through a variety of additional chemical processes.

SRC has worked with mines and manufacturers over the past year to develop new processes that can increase SOP production at home and abroad. 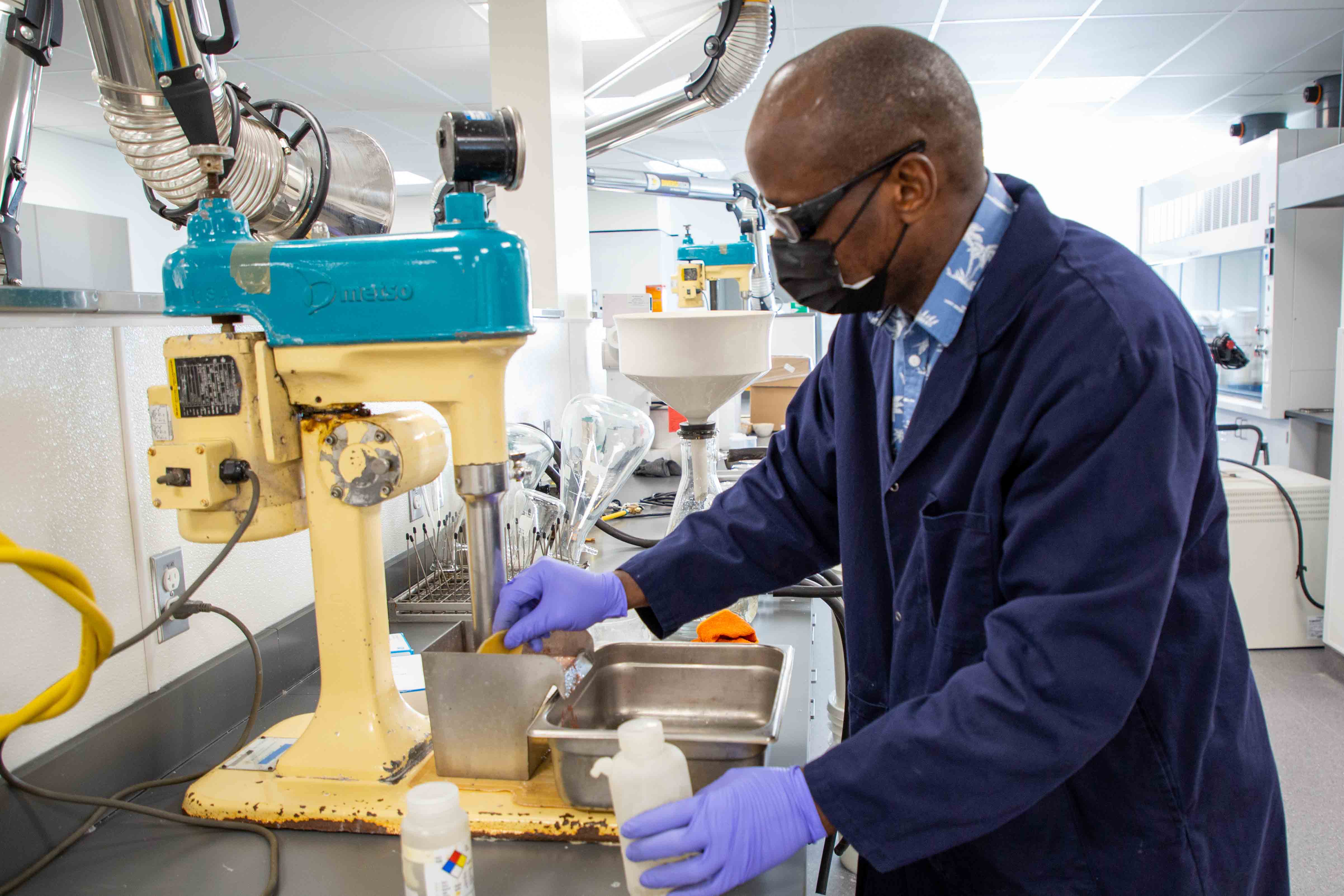 Innovating potash recovery around the world

SRC has been developing new strategies in potash recovery for decades and has worked on SOP production for nearly 10 years. With experience in processing potassium ores in Spain, the United Kingdom, Algeria, Congo, Ethiopia, Eritrea, Argentina, Chile and Brazil, SRC has the expertise to help the industry produce a range of potash products and by-products.

“SRC has developed a very broad range of potash-related technologies to produce either MOP, SOP or even by-products like magnesium chloride and sulphate,” says Dr. Zhang. “We have a wide variety of expertise and knowledge to support potash producers worldwide.”

SRC is working closely with several Australian mining companies to produce SOP from the salt lakes found in the southwest corner of the continent. Unlike traditional potash deposits, these lakes contain a mixture of minerals that can be purified and converted into SOP directly through a series of chemical processes.

To produce SOP, the brine from the salt lakes is pumped into a series of solar ponds. Renewable energy sources like solar or wind are used in the evaporation process that precipitates certain salts from the brine.

“Sodium will come out first, precipitating in the pond, and then you pump through the rest to another set of ponds to gradually remove as much sodium as possible,” says Dr. Zhang. “Eventually you will produce a mixture of salts containing potassium, magnesium, sodium, sulphate and chloride.”

This mineral mixture goes through a series of purification stages that are followed by a final conversion stage.

Producing SOP can be challenging. The mixture from the solar ponds requires special processing to treat the different minerals in the brine.

“Once it reaches the desired purity and we add water, we can convert the schoenite to SOP,” says Dr. Zhang. Schoenite is a saline evaporite consisting of a mixed potassium and magnesium sulfate. “The remaining solution is still useful and will recirculate in the pond and in the process to maximize SOP production.”

This process allows producers to generate SOP and useful by-products efficiently. Some of the by-products generated by this process, like magnesium sulphate, can be used to produce Epsom salts—a popular bath product. 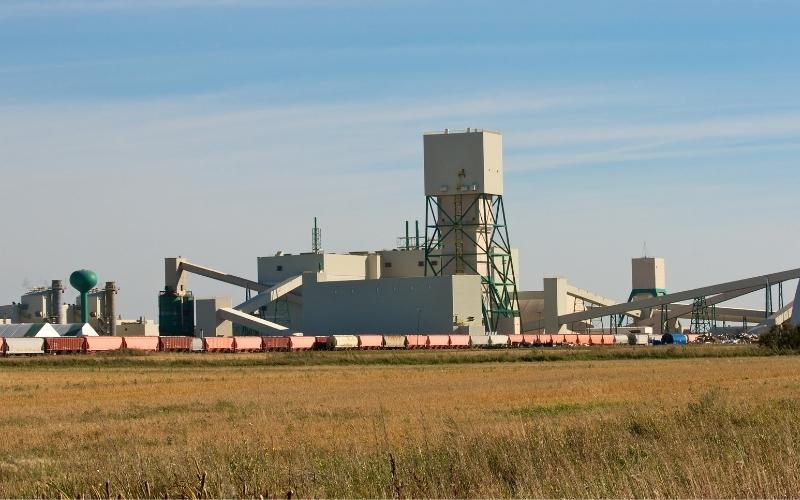 The work on SOP in Australia emphasizes the need for increasing the value of Saskatchewan’s potash reserves.

SRC has developed different techniques to convert MOP to SOP—processes that can add value to the province’s potash production. Enhancing natural deposits of potash allows Saskatchewan to maintain a competitive edge in the global market.

The ability to produce a premium fertilizer helps the province keep up with demand as the industry continues to improve processing techniques and increase the quality of its products.

The chemical process used to generate SOP differs from Australia’s approach. Saskatchewan potash ores don’t need to undergo a lengthy evaporation and purification process. An additional step is added at the end of processing that allows the chemical conversion to occur.

For this to occur, however, a source of sulphate is needed to produce the SOP from MOP. During potash processing, sulphuric acid or sodium sulphate is added to the potash, converting MOP into a premium fertilizer.

Supporting the future of potash production at home and abroad

The demand for potash is at an all-time high and the need for premium fertilizer is likely to increase over the next few years. Saskatchewan potash producers are looking to ramp up production to meet global needs for 2022 and beyond.

With demand for MOP and SOP steadily increasing, Saskatchewan has a lot to offer. Along with conventional and solution mining operations, the province can produce SOP through chemical processes. With new innovations, Canada will continue to be a leader in the potash industry in the years to come.

SRC understands the needs of producers and can provide solutions to improve potash production at all stages. By working directly with potash producers in over a dozen countries, SRC is helping to develop premium products, enhance potash recovery, improve mining operations and anticipate the future needs of the industry.