Thinking about a career in science? Here’s what some geoscientists and engineers at SRC have to say.

This is a contributed blog post written by former SRC employee, Andy Goodson.

There’s no rule that you must be born with math and science skills to pursue a career in engineering; it’s all about persistence, and a deep desire for learning new things and discovering how they work. So, if you’ve ever been curious about the world of engineering or geoscience, now is the time! It’s Engineering and Geoscience Week in Saskatchewan, which is part of National Engineering Month taking place across Canada in March.

This time of year, we celebrate the careers and contributions of our professional engineers and geoscientists. We had a chat with a few of our own at SRC to learn more about what drew them to their careers.

Here’s what we found out about the type of work they do, and what it’s like to live a life of science. 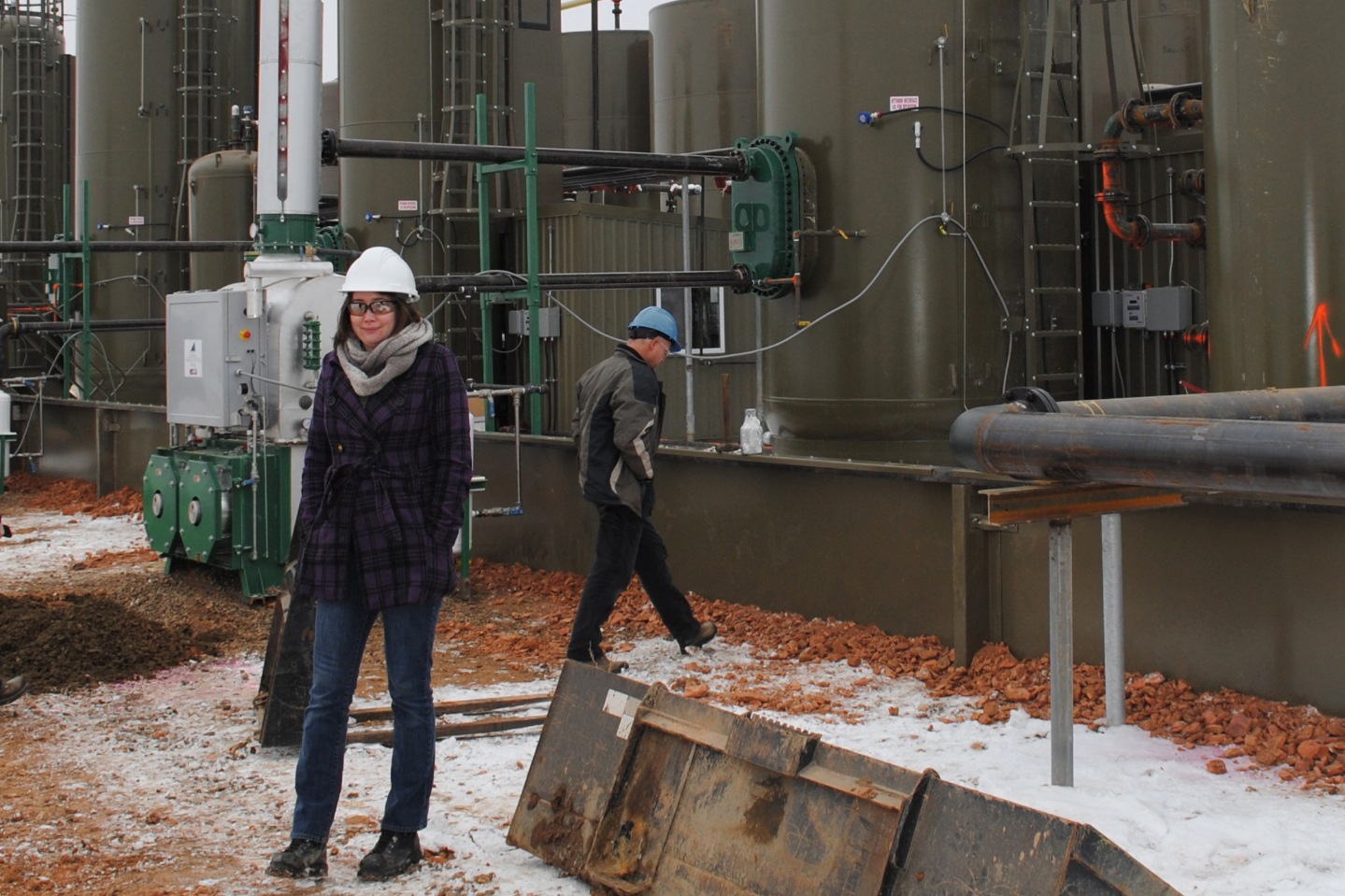 Tell us about your work here at SRC.

But process development is a bit different. We deal with things that are above ground. We’ve done some oil and gas work in partial upgrading, but we’ve also done some very different work: electro-chemical work, catalyst development, alternative energy…kind of all over.

How did you find your way to a career in engineering?

I always did well in math and science in high school, and I didn’t really know what I wanted to do when I got to university. It was suggested to me and sounded like a good idea. I kind of just fell into it. I found an interest in the process side of things, particularly in chemical engineering. How one thing leads to another is what interests me.

What is the most memorable or rewarding project you’ve worked on at SRC?

So many of my projects have been so different from each other, which is actually my favourite thing about working here: getting to work on a lot of different things. A lot of the recent work on SRC's Centre for the Demonstration of Emissions Reductions (CeDER) in methane emissions reduction is, I think, very important.

I’ve been doing quite a bit of scoping studies on different technology options to help oil and gas producers reduce their methane emissions which is pretty rewarding.

You recently published a blog post about alternative recycling methods. Can you tell us about that?

The City of Swift Current was looking for options on what to do with recycled cardboard. Right now, they have a residential recycling program, but the cardboard is bailed up, sold and needs to be shipped, so they were concerned about the carbon footprint and whether that was the best use of the resource.

SRC did a scoping study on possible options for them. It looked at incineration, composting and lastly, gasification--which stood out as one of the best options. I became involved in the second phase, which was to look more closely at gasification and the economics of the situation.

What is the best part of your day-to-day work?

Definitely the variety of project I’m involved in, and the people. It’s a very nice group here. It’s small, so we get to know everybody here pretty well and get to work together on a lot of different things.

Any words of encouragement for students considering engineering as a career?

It’s not as hard as you think! A lot of engineers have a reputation for being extremely intelligent, like it’s something they’re born with. But I find the biggest thing about engineering is persistence. You just have to keep going. 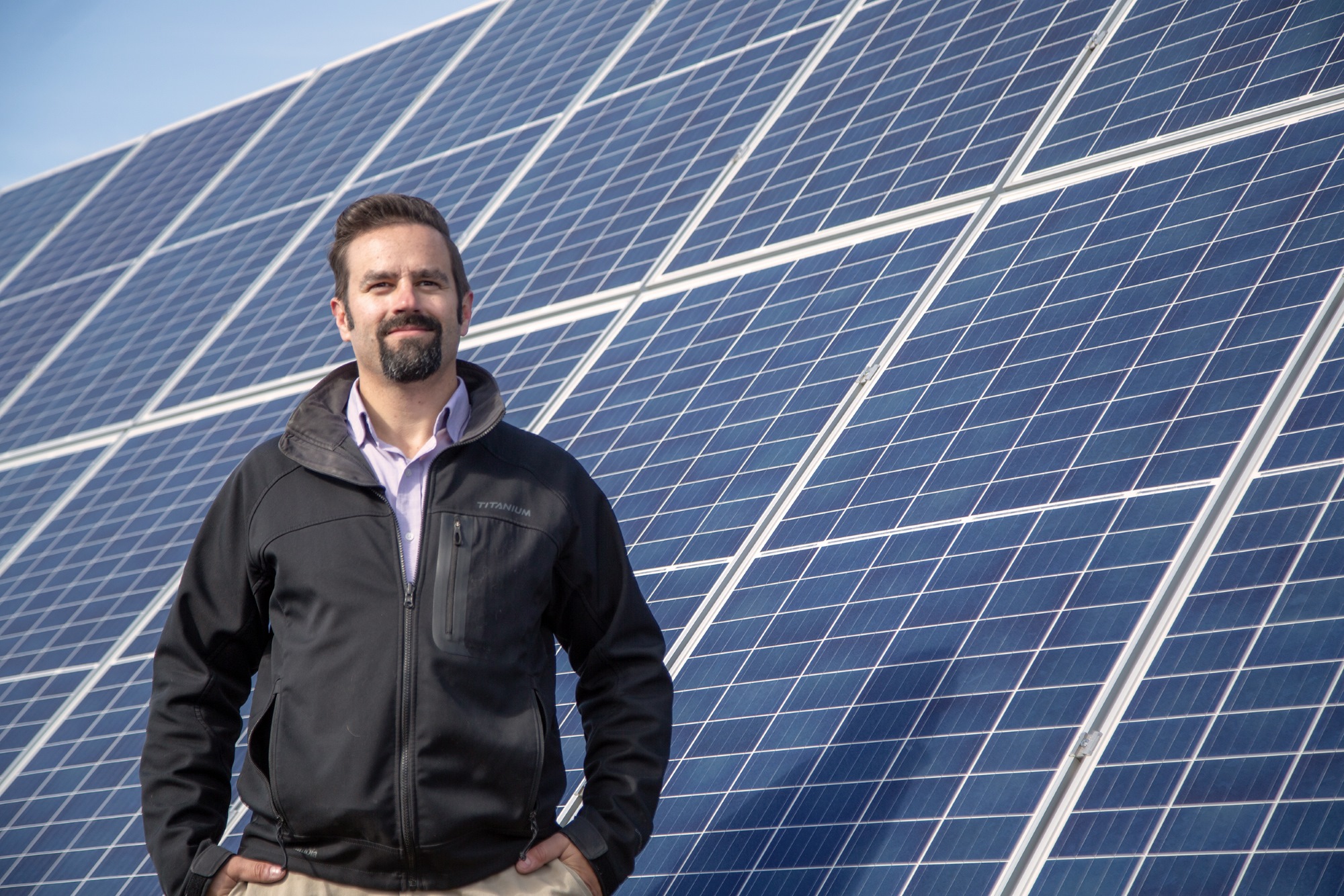 How would you explain what you do in Development Engineering to someone who is unfamiliar?

I guess you could say it’s finding solutions for custom product development. If you have an idea or a problem, our group will come up with a new piece of technology, whether it be a sensor or a specialized piece of mining equipment that doesn’t exist yet. We’ll go through the concept, design, prototyping and fabrication to create a solution.

Tell us a bit more about your work at SRC.

I started with a team that worked on alternative fuel development and how to apply them to the transportation sector: public transport, personal transport, half-ton pickup trucks and things that size. And I was responsible for the design and testing of a fuelling system that used hydrogen gas in a pickup truck. In conjunction with the hydrogen project we also developed a fuelling station and loading station in Saskatoon to supply fuel to a half-dozen vehicles in the demonstration.

From there, we branched into renewable energy projects like the Cowessess Wind-Solar Energy Storage project, which has been a big initiative since around 2012. I’ve been doing project management for it and some technical work. We also have some mining-related projects: mechanical design, mechanical engineering, stress analysis and enclosures for specialized sensors.

How were you first introduced to the world of engineering?

That goes way back. I always had an interest in creating, building and designing things, even since childhood. And tinkering outside—my dad was a mechanic, kind of a jack-of-all-trades, so I’d spend a lot of time with him fixing stuff outside in the garage, pulling wrenches or building things with wood and stuff. Eventually there was a family friend who said something like “Oh, my brother’s an engineer, and you should think about becoming one with your interests,” and it just stemmed from there.

I got interested in learning what engineering really was and pursued that direction. It comes from wanting to know how everything works at the smallest detail, and using that knowledge to create things.

As a Professional Engineer-in-Training, what challenges are there for engineers seeking professional designation?

Professional engineering is generally a higher level of standards. The designation is a way to build trust that the information you’re giving is of high quality and that you meet the standards of your peers. The biggest challenge is keeping up-to-date. Technology is changing so rapidly that trying to keep at the leading edge at all times can be a big challenge, and you want to make sure you’re providing clients the best information you can.

What’s the most rewarding project you’ve worked on at SRC?

Well, there’s a lot! The biggest one is the one I’m currently on, which is the Cowessess Renewable Wind-Solar Energy Storage project. It’s seen a lot of positive feedback and publicity. Working with Cowessess First Nation, being able to support them and their technical goals and seeing how engaged and passionate they are about the result, it really shows how much impact SRC has on the province. It was just kind of a satisfying moment to share the success and see how it helps others.

What’s the best part of your day-to-day work?

Learning something new, fortunately, is a steady process. One thing I realized about research and development, which I would call the best and worst part of it, is that I never know what I’m going to be doing on a day-to-day basis— because that’s research, right? But it’s never monotonous. You’re never doing the same thing over and over again. You’re always learning something new and that’s both stressful and rewarding.

Patty Ogilvie-Evans is a former SRC employee on the Environmental Remediation team.

Tell us about your work as a professional in your field.

I go through old files, trying to find, historically, how the underground mine workings are laid out. It’s important to know where they are so we can approach it in a safe manner. We go on site, we know where the openings are.

Second, because these sites are around 50 years old, vegetation can cover up these openings making it difficult. We need to make sure that we’re closing all these opening for public safety. We also assess the underground in terms of ground disturbance or thin crown pillars (a layer of rock above a mine stope), which can be dangerous or cause potential problems down the road.

What inspired you to make geoscience, specifically environmental remediation, your career?

I had known a little bit about the old mine sites in the Uranium City area. And I knew of Gunnar, so I was really fascinated with these legacy sites. They are often assessed from a surface point of view, but we should also be approaching them from the underground realm. It’s beneficial to know what is underground, what the geologists were going after back in the 1950s or 60s, and which way the underground workings travelled.

How were you first drawn to the world of geoscience?

I was always fascinated with all the earth processes: everything from volcanoes to earthquakes, to even just the glaciation that we saw here in Saskatchewan. Going out to the mountains, seeing their structure, wondering how they were formed—that really drove my scientific curiosity. Right from an early age, I knew I wanted to be a scientist.

It wasn’t until I was more of an adult, a little more mature, that I really dove into it and pursued my four-year Bachelor of Science degree here in Saskatchewan.

What is the most rewarding or memorable project you worked on at SRC?

On one of the sub-projects I’ve worked on, what I found I really enjoyed was finding historical information. I dabbled a bit in the book Gunnar Uranium Mine: Canada’s Cold War Ghost Town. We explored the historical more when we were trying to build a model of the Gunnar pit and the underground workings, so I was really drawn into it and the idea that we could share a three-dimensional recreation of the mine’s underground workings and what they look like to community and team members. That was a lot of fun!

Working at Nicholson Mine was also very fascinating because it was one of the first sites where uranium was found in Saskatchewan. Being on that site, walking around, seeing the old dilapidated buildings and thinking of the history that drove prospectors and geologists there, I was really drawn to that.