Potash Mining: Challenges and Solutions to Dealing with Hydrogen Sulfide 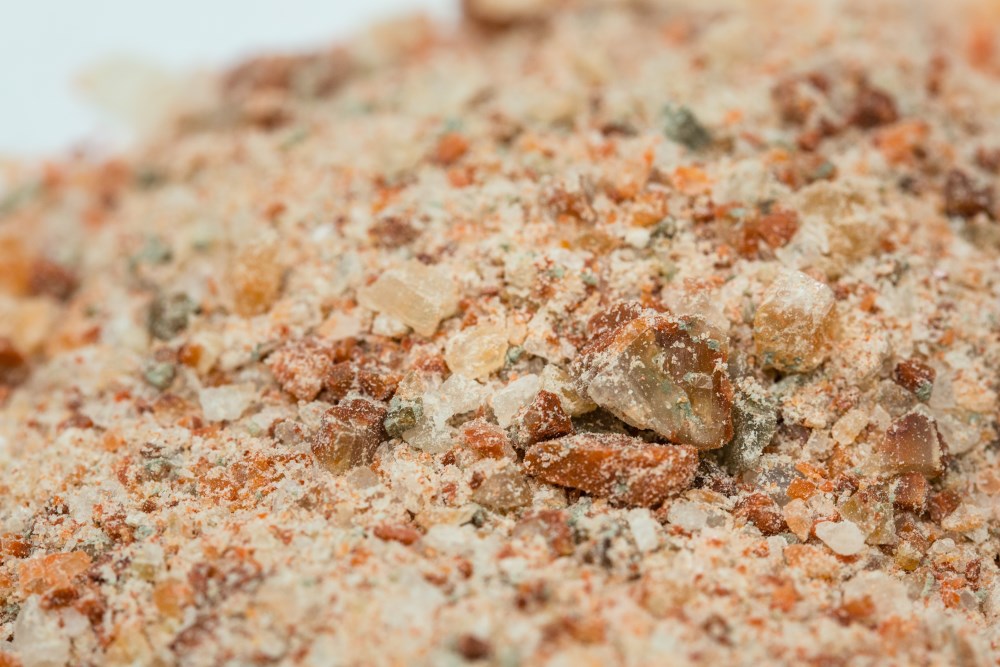 Solution mining is one way producers can mine potash deep below the earth’s surface. It involves injecting a heated mixture of water and salt into underground caverns to dissolve the potash deposits. The brine (consisting of dissolved salts, potash and water) is then pumped up to the surface where the solution is cooled in crystallization ponds. Once the potash has settled, the pond water is re-injected into the mine and the process starts over again.

How the brine becomes contaminated

The solution mining process requires hot water to dissolve the potassium chloride underground. Once the mixture is above ground, it needs to be cooled, which takes place in open ponds using ambient air. Since cooling takes time, these ponds are easily contaminated by:

Microorganism growth in salt mines has been a problem in countries such as Romania, Poland and Britain. The microorganisms can be either thousands of years old, or relatively young, and they can be carried by air or by humans.

The ancient bacteria and algae are typically salt-loving. But the microorganisms detected in mines also include species normally found on human skin, as well as fungi, such as the penicillium species.

Contamination can result in H2S production

Hydrogen sulfide (H2S) commonly occurs in our environment and is produced by a range of organisms, from microscopic to macroscopic. Wherever there is organic matter, there is decomposition.

In the absence of air, H2S distributes between various phases: gas, liquid and solid. The solids typically include iron sulfides. The distribution of H2S between water and gas depends on the pH, the temperature and the salinity of the pond water and brine.

For potash solution mining, when the pond water is re-injected into the deep salt-bearing formation to extract potash, various microorganisms feed off the organic matter. In the absence of air (when the incidentally injected oxygen is used up) underground, the sulfate ion becomes a source of oxygen, leaving hydrogen sulfide (H2S) as a byproduct.

When the brine is brought to the surface, any H2S present comes along for the ride. H2S is an extremely hazardous gas for plants and animals, including humans. When it oxidizes in the air, it produces sulfuric acid that can be a dangerous and highly destructive chemical. The dissolved H2S also increases the corrosivity of the brine.

The larger the industrial potash operation, the greater the need to control harmful emissions.

The first step in control is monitoring. Because H2S is so reactive, it is important to analyze gas and liquid samples (e.g., pond water) as quickly as possible. Even then, gases and liquids must be collected in containers made of materials that do not react with H2S, and which are not permeable to gases. These containers are commercially available and are designed specifically for collecting and shipping air-sensitive gases and liquids.

However, it is even more efficient to monitor the emissions in the field, right where they are occurring. SRC has created mobile monitoring stations equipped with gas chromatographs that measure the gas component concentrations right on site.

The next step is to understand the source of H2S emissions, which requires dedicated laboratory facilities with special air-handling and gas-detection systems that are H2S safe.

SRC has unique laboratory facilities and has designed its experimental programs such that the conditions that initiate the process of H2S generation can be clearly understood along with the materials (e.g. weeds, industrial oil and brine) that cause the sour gas to generate in the potash mining process.

Detection, monitoring and physical modelling of sour industrial processes is an important area of research. SRC has identified it as a strategic area to assist the mining and energy industries in Canada. This work ensures industry has the information it needs to follow emissions regulations and take action to control or reduce harmful gas emissions into the environment.

Hydrogen sulfide and the geochemical sulfur cycle are intimately tied up with industry, the biosphere and the environment. Monitoring and control are essential for the potash, oil and gas and water treatment operations that support Canada’s economy and infrastructure.

SRC provides advanced analytical testing and mineral processing services, as well as research and development for models and discovery and recovery of a wide range of minerals, including potash. Learn more about our potash services.