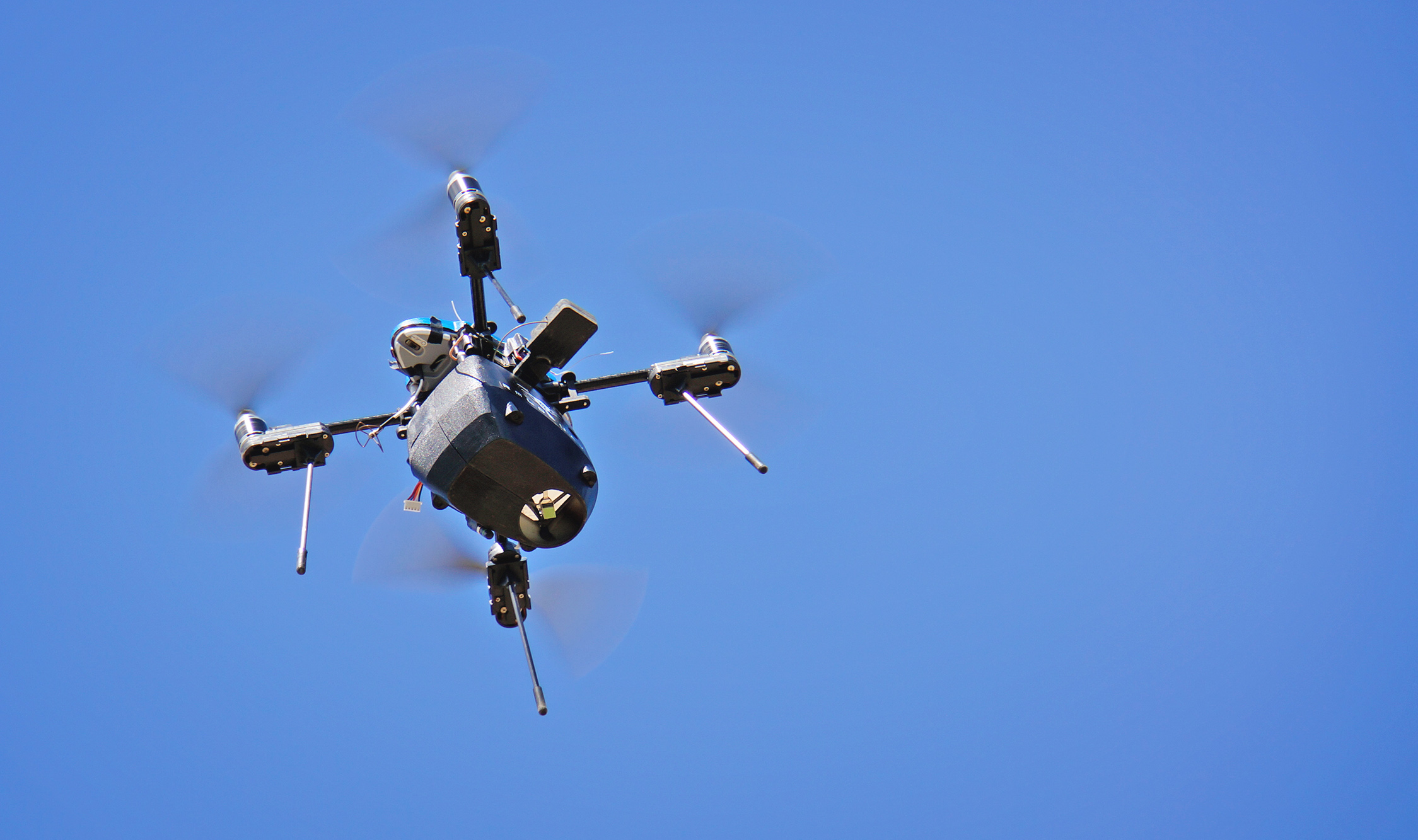 This is a contributed blog post written by former SRC employee, Andy Goodson.

You may know some Unoccupied Aerial Vehicles (UAVs), or drones, for their ability to take stunning aerial photographs and video, to survey large tracts of farmland or to simply fly around performing acrobatics. From recreation to emergency management, UAVs boast a myriad of uses.

With special builds and sensors, UAVs are also becoming a tool of interest for upstream oil and gas producers. A methane gas detection UAV is capable of spotting small, isolated gas leaks at ground level from up to 30 meters in the air — a feat that’s not quite as easy as it sounds.

Why do we need UAVs for gas detection?

In the effort to reduce greenhouse gas emissions (GHGs), methane is a pointed target for its strength – 25 times more powerful than carbon dioxide – and its contribution of roughly 15 per cent of Canada’s total GHG emissions.  As the main constituent of natural gas, this makes preventing and reducing human-made methane gas leaks a priority.

Although methane, on its own, is non-toxic in low quantities, there are risks for humans when conducting ground-level detection on work sites. For safer practices, it is beneficial to shorten the amount of time humans spend on potentially hazardous terrain.

UAVs offer one potential solution: by creating a systematic inspection process, leaks can be detected and repaired faster, reducing the total amount of methane released into the atmosphere and the need for on-foot assessments.

How does a UAV sense gas?

The UAV flies a pre-programmed path, typically a grid over an area at a set height. It shines a laser at the ground beneath, which reflects back to the UAV and provides data on how much methane there is. The laser sensor does this by identifying methane’s spectral signature – like a fingerprint made of light – which can be used to determine the presence of methane in the atmosphere.

On a separate display, the on-ground pilot can trace the UAV’s flight path and discover potential leaks in real time. The ability to set a pre-programmed flight also allows the pilot to run inspections as part of routine maintenance, whether or not a leak is known to have occurred.

Remote sensing for methane is one thing. But locating the source, especially for small leaks, is more difficult. 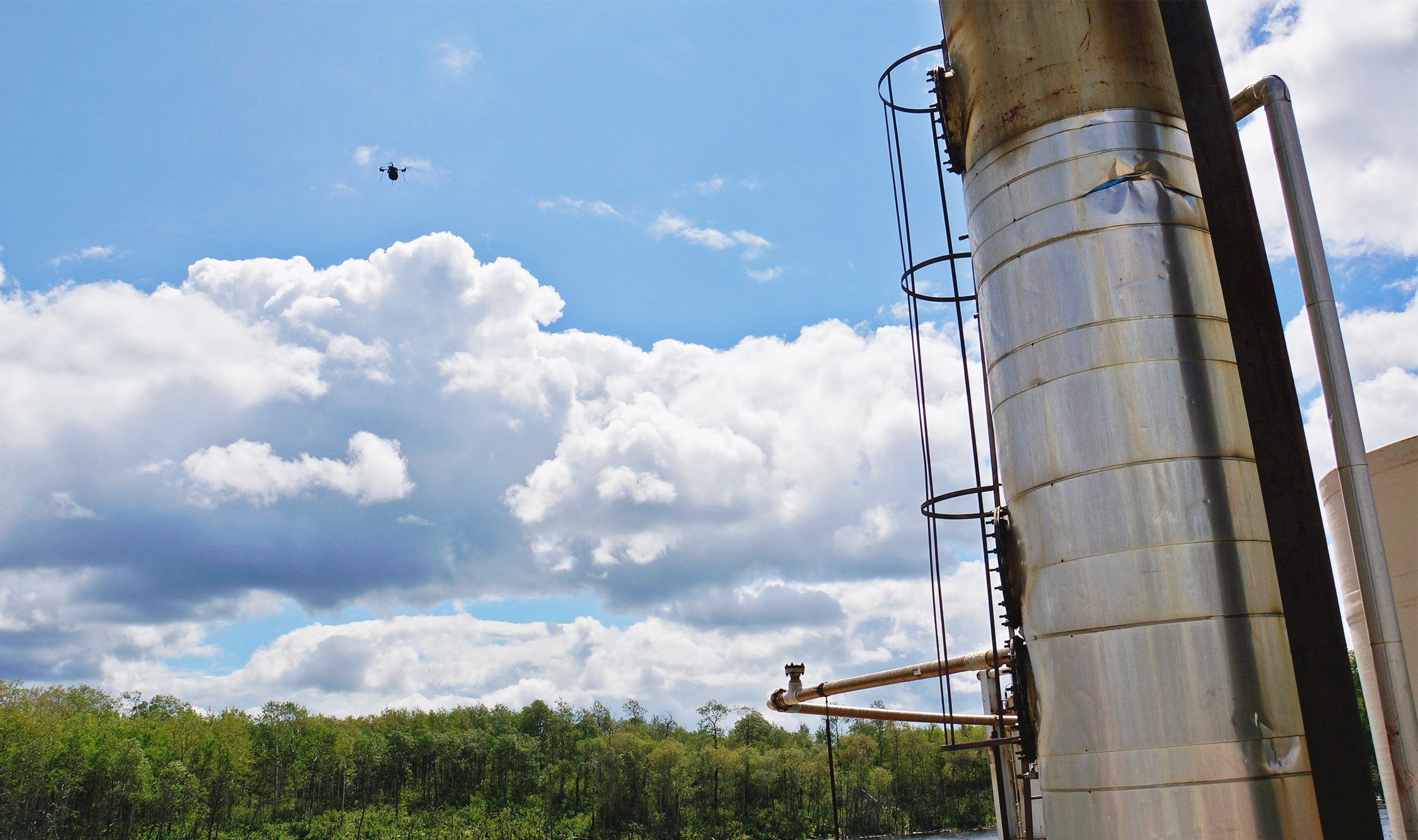 What are the challenges with remote sensing?

There are a few hurdles in validating UAV technology for gas leak detection. This is where SRC has stepped in, collaborating with Physical Sciences Inc., with support from the Alberta Upstream Petroleum Research Fund, to demonstrate and validate the technology in different scenarios.

Some key challenges in testing UAV technology for gas detection are:

While a methane inspection is underway, factors such as wind speed and structures in the area affect how gas is dispersed. This complicates the ability to calculate and pinpoint leak sources, especially for discharges as small as one litre per minute. By collecting weather data during trials, one can compensate for variances, reducing the room for error and allowing leaks to be located within five metres of the source.

Weather is the main issue on a clear and open work site. But in most cases, sites will also have buildings, tanks and other environmental factors to consider. This might require designing more complicated flight plans as the UAV must maintain a consistent altitude or height.

Once a leak has been discovered, the goal is to pinpoint the source within one meter. This, too, has its challenges.

When methane is detected, the exact GPS location is relayed back to the pilot at ground level. Since GPS signals can reflect off nearby structures, there is a margin of error of a few meters from where the UAV detects the leak source and where the pilot might find it using GPS on foot. At this point, a hand-held device using infrared thermal imaging can be used to visually spot the leak source. 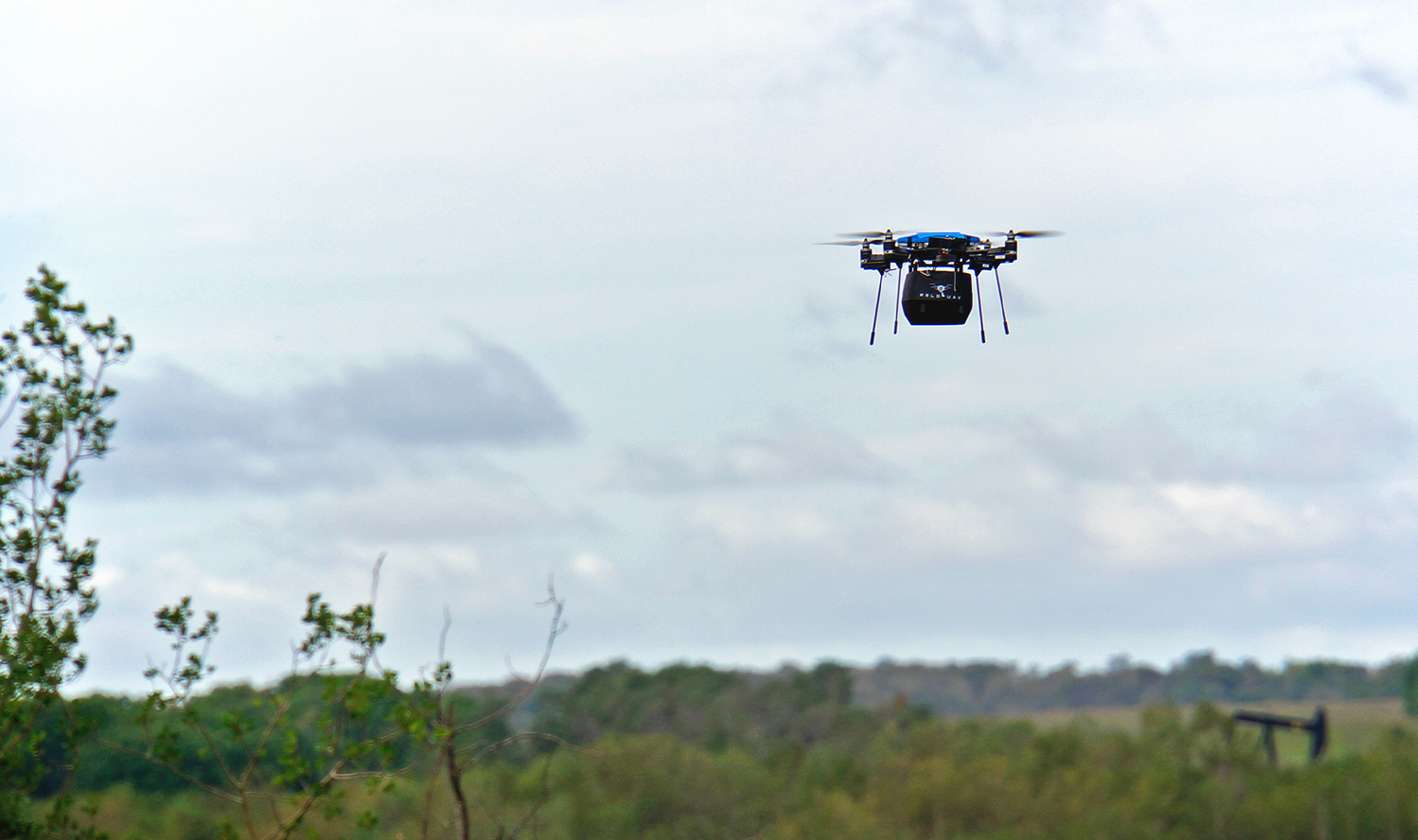 What the future hold for UAV gas detection

Laser-based UAV methane detection is another tool in the toolbox for reducing leaks, especially when used alongside other technologies such as infrared thermal imaging.

Validating this technology may contribute to more efficient processes for detection and automated inspections that can be made part of routine maintenance. This potentially translates into safer, faster leak repair and ultimately a reduction in total GHG emissions.