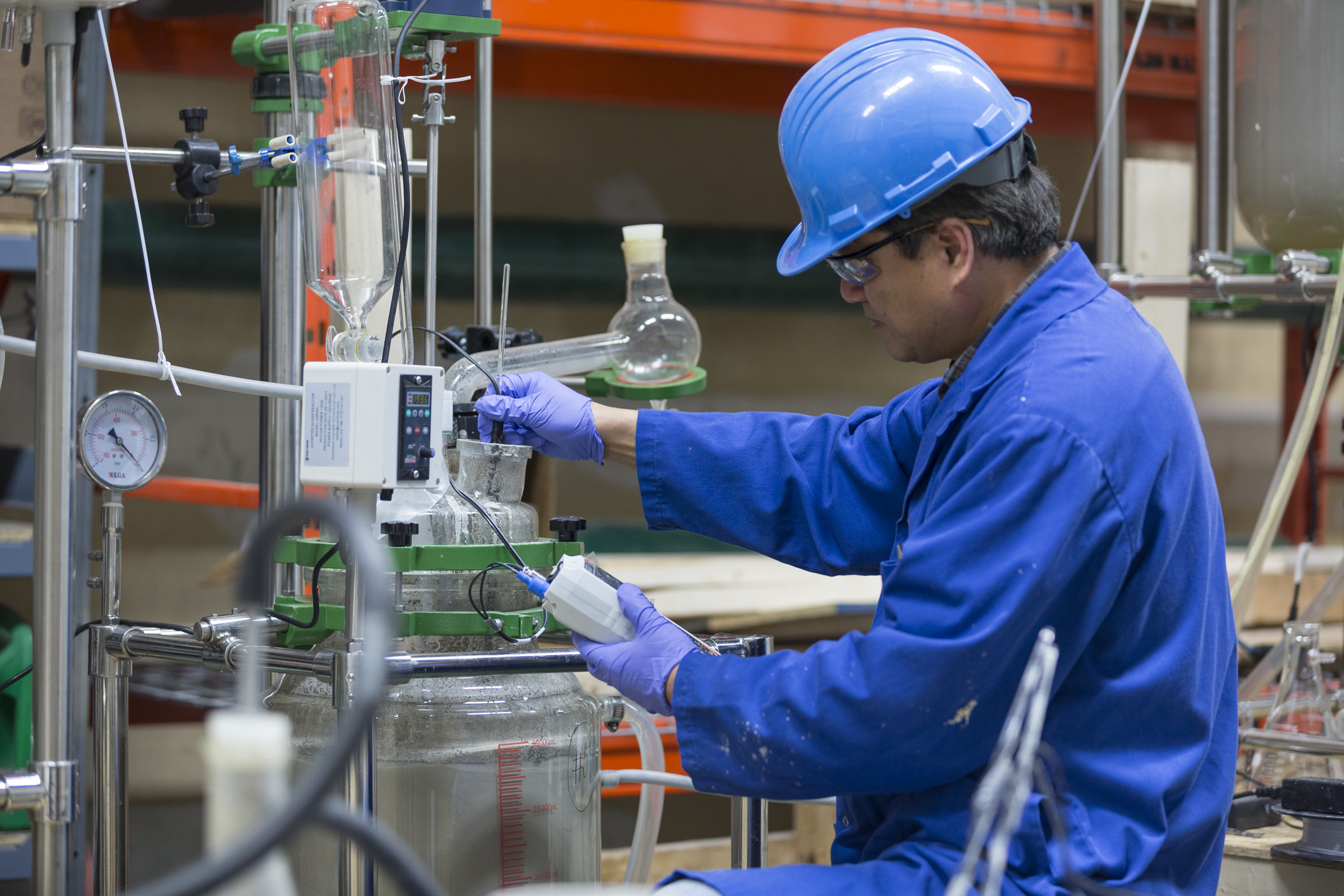 Lithium, the lightest metal on earth, has numerous applications, ranging from lubrication grease and glass fabrication to rechargeable batteries that power many handheld tools, mobile electronics and electric vehicles.

According to the Financial Post, recent studies have shown that the demand for lithium is projected to increase 73 per cent by 2025, as electric vehicles become more viable and more countries place restrictions on gas- and diesel-powered cars.

The challenge for the mining industry is to keep up with this fast-rising market demand.

Although lithium is found in many minerals and some brines, it's typically in low concentrations and each source has unique characteristics. This makes extraction expensive and time consuming: two major challenges that mining companies face in the lithium sector.

While there are some current operations extracting lithium from brines with traditional technologies, the market is driving more efficient and economically viable recovery solutions so that companies can stake their claim in the lithium race.

How is lithium sourced and extracted?

Typical sources of lithium are hard rock deposits, such as petalite or spodumene, sedimentary deposits, such as clays, or formation brine deposits of saline groundwater (salars). Often found beneath the surface of dried lakebeds, salar brines are underground reservoirs that contain high concentrations of salts, including lithium, potassium and sodium. While hard rock mines are known for producing higher purity lithium, the associated mining processing costs are typically higher than recovering lithium from brines.

Despite this advantage, the downstream processing technologies for brines can be more challenging than traditional hard-rock processes because of unit operation complexity and generally high energy and water requirements. Each brine also requires a unique processing sequence that needs to be developed and piloted to ensure production levels can be achieved on an industrial scale.

Brine deposits of economically significant concentrations are found around the world, including in Canada (particularly in Alberta and Saskatchewan) and in other locations such as the lithium triangle in South America (north of Chile, north of Argentina, south of Bolivia). Lithium hard rock mining is especially widespread in Australia, but reserves are also found in the US, Canada, Brazil, Ireland, Finland, Russia and the Democratic Republic of Congo.

Traditional processing for brines involves pumping the brine from wells to a set of hundreds-of meters-wide staged evaporation ponds where the lithium (and often potassium as a byproduct) are concentrated and where magnesium and calcium are precipitated out with lime.

The concentrated brine is then subjected to a complex series of impurity removal steps, such as solvent extraction, ion-exchange, crystallization and solid-liquid separation steps to produce a lithium salt (e.g., hydroxide, carbonate) product that is typically not at battery-grade purity – this requires additional purification steps. 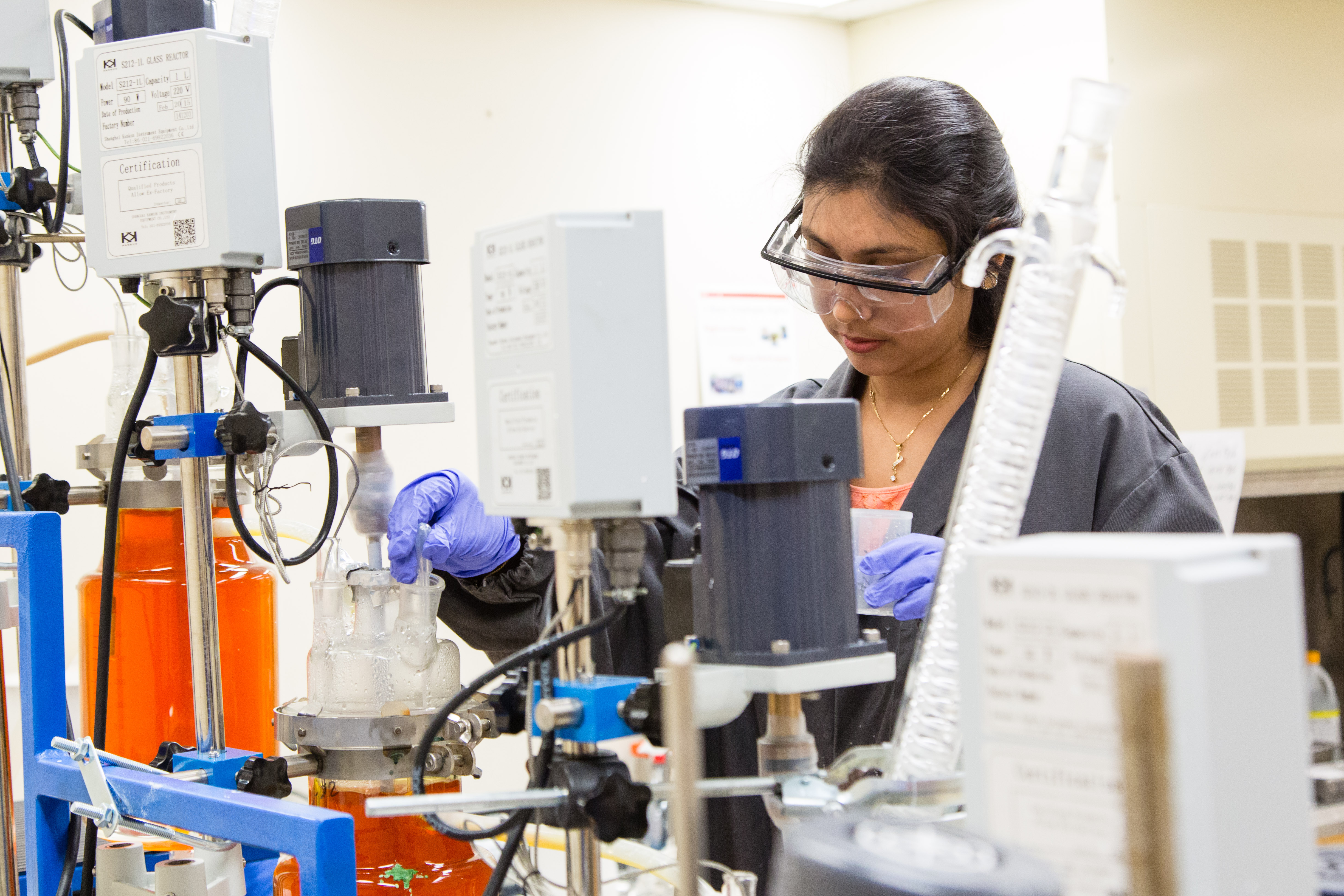 Mining companies face numerous challenges when recovering lithium from brines. The ponds are capital intensive, and solar evaporation can take 18-24 months depending on precipitation, sunlight hours, humidity, wind levels and temperature – conditions which companies have no control over. Ponds are also associated with high lithium losses of up to 50 per cent from the feed brine, unless a costly liner is used.

In addition, lithium-containing brines are composed of numerous minerals, including undesirable elements found in significant quantities such as magnesium, that need to be separated until only lithium remains. Magnesium is usually precipitated out with lime in the ponds. The resulting magnesium hydroxide needs to be disposed of and it also uses large quantities of reagent.

Another challenge is the lithium-concentrated brine undergoes a series of processing steps that involve significant heating and cooling stages. The use of high quality water contributes to high energy and water consumption.

Conversely, brines also contain desirable by-products such as potassium, which can potentially increase the economic value of the deposits if they can be successfully recovered.

In developing effective lithium from brine plants, process steps are often only studied at a bench scale, or as a series of discrete units in a pilot plant. They often do not operate as designed because of complex solution chemistry.

Lithium recovery from hard rock and clay deposits normally involve a series of physical processing steps (e.g., milling and flotation) combined with other hydrometallurgical steps (e.g., such as leaching from where solution is also subjected to impurity removal stages) to remove unwanted elements before being precipitated as lithium carbonate. SRC has worked with companies in Canada, Australia and USA to recover lithium from spodumene, lepidolite, petalite, smectite, illite, pegmatite and other lithium bearing hard rock ores and clay deposits.

The successful implementation of this selective recovery technology will significantly reduce the lithium production cost – both capital and operating – and make it easier to recover and produce battery-grade lithium.

Brines have the potential to provide major resources for lithium into the future. As the industry grows, there will be new challenges and opportunities that will require innovative methods and processes to help mining companies sustainably get more value out of their brines.

With the help of SRC’s geoanalytical, metallurgical and environmental laboratories, as well as its applied technology resources and expertise in lithium (and potassium) recovery from brines, companies can industrially pilot any process. The Pipe Flow Technology Centre™ at SRC also ensures that clients can select optimum solution transport systems and materials.