Who are Canada’s Research and Technology Organizations?

“Innovation Insight” is a blog series written by SRC’s President Emeritus, Dr. Laurier Schramm, which aims to shed light on the importance of innovation in driving economic, societal and environmental growth.

Canada’s principal innovation enablers are its Research and Technology Organizations (RTOs). What? Canada has RTOs? You bet.

who are Canada's RTOs?

There are probably between 20 and 30 RTOs in Canada, of which ten are government organizations (Crown Corporations or Agencies) and the rest are private, not-for-profit corporations. They exist in over 100 facilities from coast-to-coast-to-coast in Canada, their sizes range from quite small (<$10 M/yr) to quite large (>$800 M/yr), and collectively they employ well over 6,000 employees. 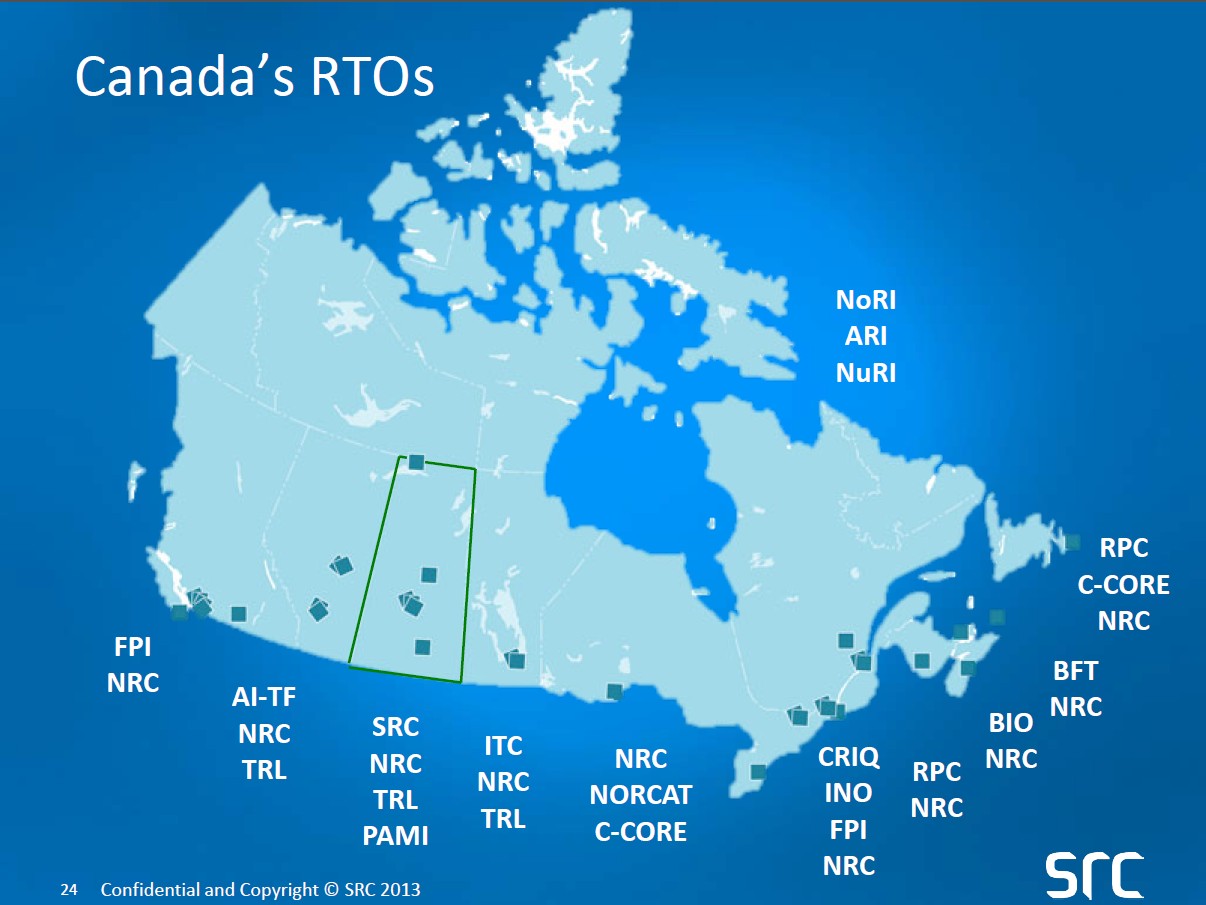 Some leading government RTOs include:

Canada’s largest RTO, with a national mandate and by far the greatest breadth and depth, is the National Research Council. The rest still cover multiple sectors of the economy, but having regional mandates they tend to be more narrowly focused. Most of these have a long history: NRC was launched in 1916, Alberta Innovates–Technology Futures in 1921, and SRC in 1947.

There are perhaps 10 to 20 broad (multi-sectoral) and “RTO-like” not-for-profit corporations in Canada. These operate very much like government-owned RTOs. They are not primarily driven by profit motives, and they have essentially voluntarily adopted “public good” mandates.

Some leading not-for-profit RTOs in Canada include:

Taken together, Canada’s RTOs are encouraging and enabling innovation in all of Canada’s strategic economic sectors, including such diverse areas as: aerospace, agriculture/biotechnology, aquaculture/marine technology, fossil energy and fuels, alternative renewable energy and fuels, forestry/forest products, manufacturing and value-added processing, mining and minerals, transportation, and so on.

Our RTOs have been called “Canada’s best-kept innovation secret.” Do you have any suggestions for how our RTOs could become more visible?