This blog post is the first installment in a two-part series about methane emissions, how they are created and why there’s push to reduce them. In the second post, we look at what is being done to help industry cut emissions to meet regulatory requirements. This blog post was co-written by Suzanne Johnston and former SRC employee Paul Paynter. 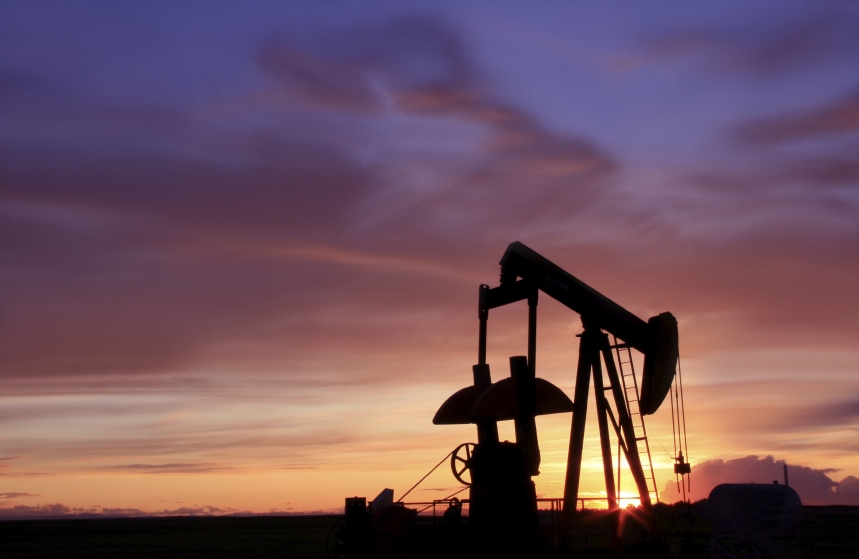 Market access, the scarcity and high cost of labour and fluctuating oil prices are just some of the challenges the Canadian oil and gas industry is facing. Now, the biggest hurdle may be increased competition in both oil and gas production from what was previously Canada’s biggest hydrocarbon customer—the United States.

The challenges have certainly grown in complexity since the first decade of this century. Back then, it seemed for Alberta and Saskatchewan oil producers that the good times would keep on rolling.

Despite the downturn, the oilpatch (and the people that work in it) have demonstrated resilience. Most companies have pared operational costs to the bone, in a kind of Darwinian survival of the fittest—or leanest—strategy. However, cutting costs is largely a one-off exercise. It’s impactful but may have limited effectiveness in any prolonged downturn.

Many companies, besides cost-cutting, have also embraced new technologies to reduce their environmental footprint while increasing production. Both producers and suppliers have come up with innovative strategies to stay relevant, such as diversifying into international markets, broadening their workforces with underrepresented talent and—in many cases—leveraging savings and synergies through mergers and acquisitions.

The trouble is that even in an already brave new oil and gas world, there are more challenges ahead. Fossil fuel combustion is a major contributor to GHG production. Canada is committed to implementing GHG reductions, and, as an example, the Government of Saskatchewan released new regulations to annually reduce GHG emissions generated by the oil and gas sector by 2025.

Conversely, it is generally recognized that global hydrocarbon production, transportation and use will not be static in the coming years. It will likely increase at least for the next decade or more. Even with a gradual shift toward renewables and electric cars, we’ll still need hydrocarbons for powering most trains, ships and trucks to move industrial and retail products to market, as well as air transportation.

Perhaps the biggest problem for the industry and the environment is not actually carbon dioxide—for all the debate that it has created—but methane.

According to the United States Environmental Protection Agency, “Greenhouse gases (GHGs) warm our planet by absorbing energy and slowing the rate at which the energy escapes the atmosphere into space; effectively they act like an invisible blanket insulating the Earth.

“However, different GHGs can have different effects on the Earth's warming. Two key ways in which these gases differ from each other are their “radiative efficiency" (their ability to absorb energy) and their “lifetime” (or how long they remain in the atmosphere).”

The Global Warming Potential (GWP) measures how much heat a greenhouse gas traps in the atmosphere over a given period of time compared to carbon dioxide.

Although methane doesn’t last as long in our atmosphere as carbon dioxide—about 10 years compared to thousands of years—it absorbs significantly more energy. This gives it a higher GWP, which means methane has a greater impact on global warming.

And here’s the rub—the oil and gas industry generates not just carbon dioxide, but also methane, which like any gas is free to disperse far beyond the source. So, like any methane emissions from any place around the globe, Canadian methane emissions have relevance and impact beyond our borders.

There is much debate regarding whether Canadian oil and gas industry emissions are “better” or “worse” than other hydrocarbon producing jurisdictions. There is also debate around quantifying how significant and impactful the oil industry's (and other sectors’) methane emissions are on global temperature levels.

Canada’s proportion of overall global methane emissions is small—estimated at less than 1.5 per cent of global emissions in 2014. However, all countries need to play a part in addressing this global challenge. In terms of reductions, every little bit helps. Roughly one in every 320 methane molecules emitted annually around the globe is generated by upstream activities in the Canadian oil and gas industry.

Where does Canadian oil and gas industry methane come from?

CAPP defines flaring as “the controlled and intentional burning of natural gas as part of production and processing. As part of routine operations, natural gas is flared through controlled burning. Flaring is also critical to the safety of operations, reducing facility pressures in emergency and other non-routine events.

“Venting is the controlled release of natural gases into the air as part of regular operations.” Venting happens when natural gas cannot be easily or economically recycled into a production process. Venting is less common today in oil production. Now, it’s become more practical and economic to capture the vented gas and use it for local power generation at oilfield sites or to transport it as natural gas through regular pipelines.

According to CAPP, “Both flaring and venting release greenhouse gases (including methane), sulphur dioxide (SO2) and hydrogen sulfide (H2S) into the atmosphere.” Flaring is generally considered a more environmentally friendly and safer option than venting as combustion converts most methane and other gases to the less impactful (but longer-lasting) carbon dioxide. It also lessens the risk of the unintended, but potentially dangerous release of H2S, an important safety consideration for Canada’s oil and gas producers.

There are also fugitive emissions, which are uncontrolled and unintentional emissions. These leaks come from valves and other equipment used in drilling and production, such as pump seals, pressure relief valves and control valves.

They can also come from sources such as lease tanks, which are typically used in heavy oil production from the Cold Heavy Oil Production with Sand (CHOPS) wells located in Alberta and Saskatchewan, and from casing vent flows.

A Cause for Change

Methane emissions are a problem for the oil and gas industry. With new regulations coming from both provincial and federal levels of government, industry must find ways to sustainably reduce and manage emissions, while remaining competitive.

Fortunately, there are technologies being developed to help reduce methane emissions and other gases. These technologies will also help industry use or convert stranded or otherwise wasted methane into value-added products that can deliver positive value beyond regulatory compliance.

The challenge is verifying these technologies and getting them to market quickly and cost effectively. In my next blog post, I’ll discuss how methane is measured and share some initiatives that are being developed to help industry reduce emissions.