In the Tune of Gasification: Recording Studio Powered by Wood Debris

Upon first glance, there seems to be nothing unusual about the recording studio. Musicians strum, thump and sing away while a sound engineer sits in front, mixing the audio. But this isn’t your typical recording setup.

Instead of drawing electricity from the grid, a gasifier — sitting about 30 feet away — is powering the studio. 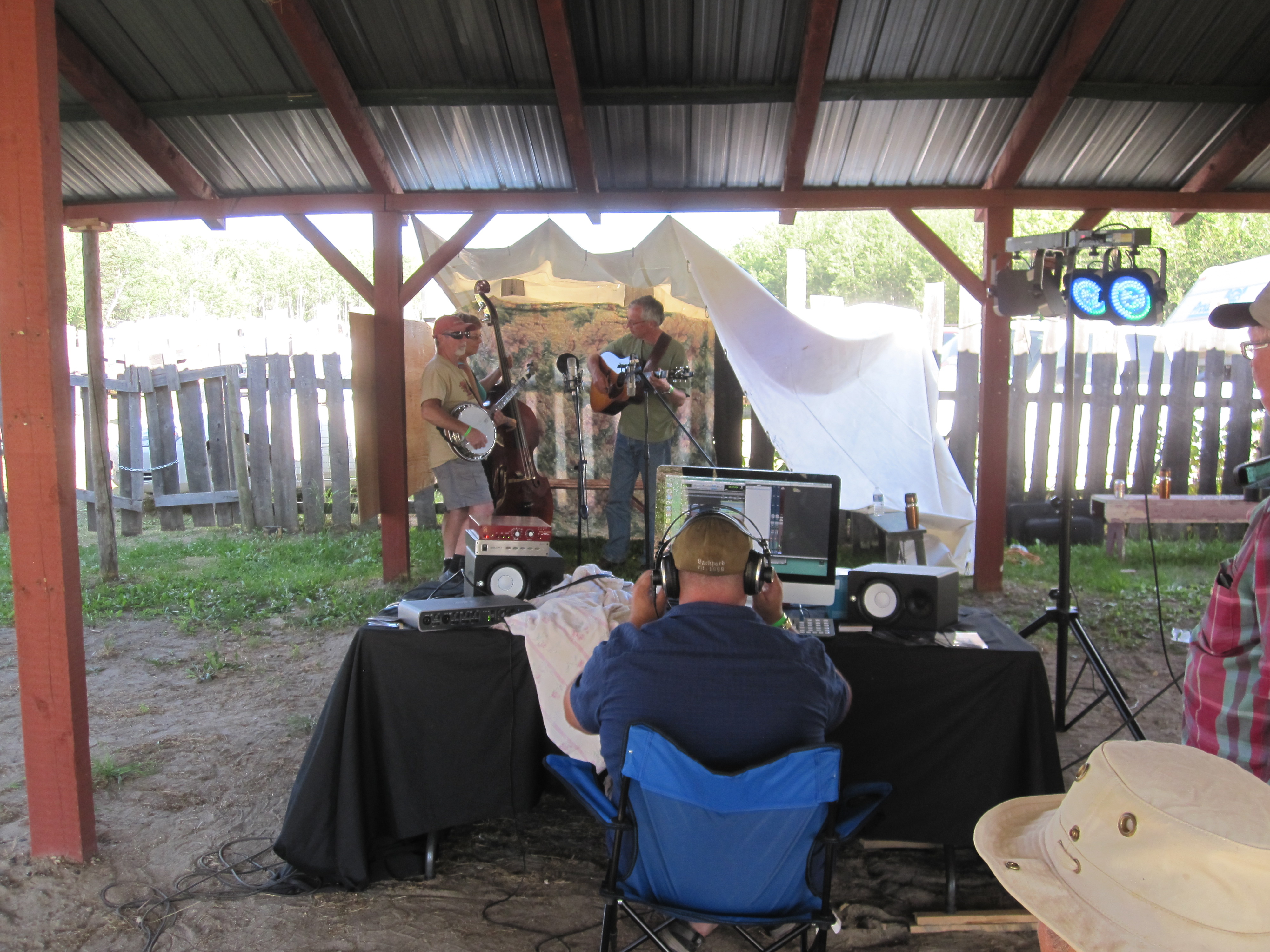 This gasifier turns chipped wood debris into electricity. There are only a handful of units in Saskatchewan and SRC’s is unusual due to its small size and portability. But that’s a selling feature for small communities, like Ness Creek, which have limited power requirements but don’t have the money for a significant capital investment.

It’s not new technology, but many people I met at the Northern Lights Bluegrass and Old Tyme Music Festival in Ness Creek, SK haven’t seen it demonstrated before, especially in this capacity (thanks to Gator n’ Fox Studios for allowing us to use their studio!). Festival goers gathered around the gasifier to learn more about how it operates and the potential uses for the technology.

Ness Creek was a great place for us to show people how the gasifier works. It’s a remote area, so getting electricity there is a challenge. The gasifier is a good solution for a place like this because there is a lot of wood residue in the area. The most readily available wood residue comes from maintaining the trails in the area. The trails must be routinely cleared of deadfall, which could provide a fuel source for a gasifier.

Gasification has been around for a long time. Some streetlamps in London in the 1800s ran off of gas produced from the gasification of wood. More recently, gasification was used in Europe in World War II to power vehicles, since all of the gasoline and diesel was being used for the war effort.

Gasification is the process of heating biomass (in our case wood) to a high temperature (around 850 oC) without any oxygen present. Under these conditions, the biomass will decompose into mostly hydrogen (H2) and carbon monoxide (CO). Both of these are flammable gases and are suitable for a variety of uses, including power production, catalytic upgrading and transport. Power production and catalytic upgrading are the two uses that we’re focusing on.

Gasification is a flexible, reliable and clean energy technology that has a lot of potential to provide on-demand electricity with a very small carbon footprint. In most applications, the wood being used is “waste” wood, so very few trees would be cut down. Gasification can simply provide energy from a waste stream.

The Gasifier's Nuts and Bolts

The GEK Power Pallet is a piece of equipment purchased from ALL Power Labs in Berkley, California. The unit uses a small gasifier, filled with low-value feedstock, like wood, nut shells, corn cobs and pelleted sawdust, to produce carbon monoxide and hydrogen. The two gases are used to run an engine, which then turns a generator, producing up to 20 kW of electricity. The average electrical consumption for a Saskatchewan household is about 8 kWh, meaning that this gasifier could power two households year round.

The basic principle behind the unit is similar to a portable diesel generator, only instead of filling it with diesel it’s filled with wood chips or other suitable biomass.

Have you seen or used a gasifier before? Is it a technology that you’re interested in?

This is a contributed post by former SRC employee, Jordan Wicks.