Smoothing It Out: Improving Wind Turbine Reliability with Energy Storage

Renewable energy generation from sources such as wind is largely unpredictable. What if you could smooth out the volatility and make a wind turbine act like a conventional generator? This is exactly what we are trying to achieve in a wind-battery project we’ve developed alongside Cowessess First Nation.

Wind turbine power production is inherently volatile, and can be very difficult to predict, even five to ten minutes in advance, let alone one day in advance. We’ve recorded many instances where the turbine has both ‘ramped’ up by 600 kW of output and decreased by 600 kW within a five-minute window. This is equivalent to 150 homes coming online almost simultaneously, and then going back offline – and this is just one turbine! By using energy storage, SRC is able to reduce or ‘smooth out’ these ramps by up to 78 per cent, meaning that more wind turbines could be put on to the grid without negatively affecting power quality or reliability. 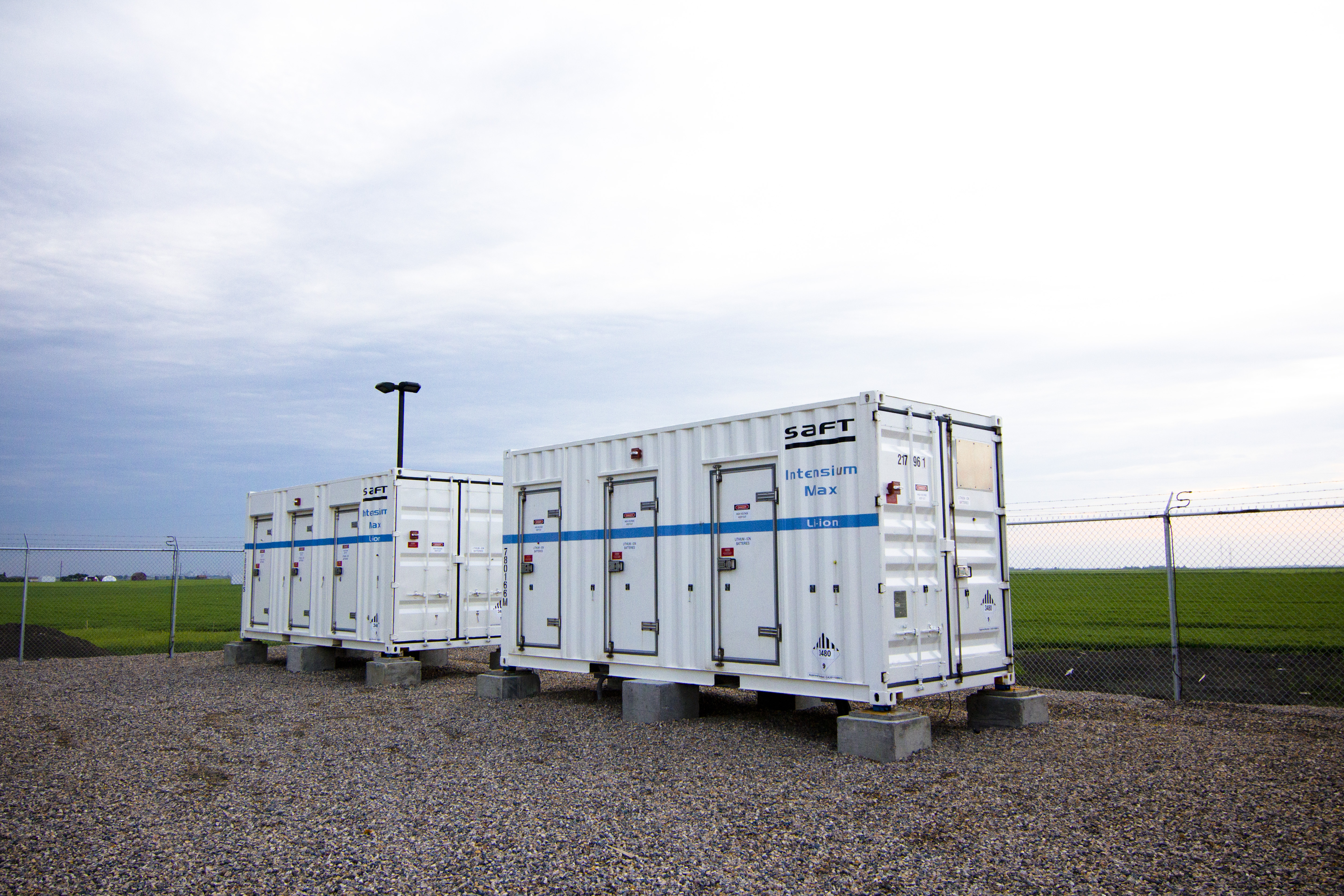 The battery even has the capability to provide power during times when the turbine is not producing any power at all. This is important because the grid will often ‘see’ two peaks of energy usage every day: one in the morning when people wake and turn on their lights, stoves and showers, and another similar peak in the evening as people get home from work. During these peaks of energy usage, there’s no guarantee that there’s sufficient wind to provide energy during these peaks. Energy storage, such as the system we’re demonstrating, can provide immediate response to these energy needs, improving the reliability of wind turbine generation.

Energy Storage is Good for the Environment and the Grid

When large amounts of variable generation such as wind turbines are put onto the grid, the electrical grid can begin to become unstable. By improving the predictability of wind power generation through the use of energy storage, even more wind turbines can be installed on the grid without negatively affecting reliability. In the end, this means more environmentally-friendly energy produced, less reliance on fossil fuels and fewer greenhouse gas emissions.