“Do you happen to have a gently used biodigester?”

No, this wasn’t an ad on Kijiji. It was a phone call from a government relations consultant in Ottawa and he was serious. After my initial reaction of laughing (I never cease to be amazed by the off-the-wall things I’m asked or learn on a daily basis working in a research and technology organization), I got down to business and said, “I think we just might.”

And isn’t that how so many unique projects begin? Really, isn’t that where innovation starts? A random question. An unusual suggestion. A thought outside of the box. That’s exactly how our biodigester project with the Canada Science and Technology Museum began.

After a few phone calls, it turns out that we didn’t have a gently used biodigester. But the thinking didn’t stop there. Surely, we could figure out how much it would cost to build one? And since we’ve never had the opportunity to work with the Museum before, we should be able to figure something out? And that’s what we did. Some more phone calls, a submission to SRC’s Innovation Fund (an internal program that supports new research and technology initiatives), an emergency meeting with the decision committee and the project was approved and underway. The unit was built in five months and shipped to Ottawa where it is now being commissioned.

Sometimes we forget that we can make things happen by adjusting our thinking from the usual path. Sometimes we unnecessarily increase complexity. Sometimes we raise roadblocks of our own doing and miss the opportunity on the other side. The biodigester is a great example. We could have just said, “Sorry, we don’t have one” and not given the call another thought. We could have said, “We don’t usually work with museums, so forget about it.” We could have, but we didn’t. We didn’t abandon process. We didn’t let it slow us down. We kept thinking and we moved. Fast.

We launched our newest installment at the Canada Science and Technology Museum's Experimental Farm (at the Canada Agriculture and Food Museum) in Ottawa with great fanfare. We now have an SRC creation proudly on display in Ontario and we have a new relationship with the Museum. Simply because we didn’t quit thinking.

So the next time you are confronted with a challenge, don’t stop thinking. Remember the biodigester.

In business, have you ever missed an opportunity because your thinking stayed inside the box on a traditional path?

A biodigester uses micro-organisms to produce methane gas from any kind of biodegradable material, including farm wastes.

For more information about SRC’s biodigester, read the FAQ or see it in action at the Canada Agriculture and Food Museum! 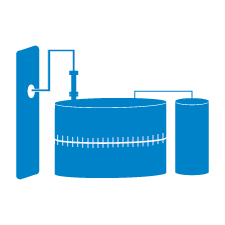 A biodigester is like a mechanical stomach. It is fed with organic material, which is broken down (decomposed) by micro-organisms (bacteria) is an oxygen-free (anaerobic) environment to produce a renewable energy called biogas (methane and carbon dioxide) and other material that is mainly used as fertilizer. 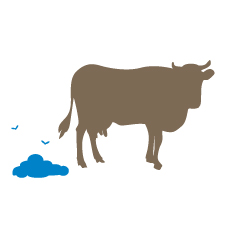 Any organic material can be used to feed a biodigester, but some materials work better than others because they are easier for bacteria to digest. This anaerobic digester is fed animal manure from farm animals. 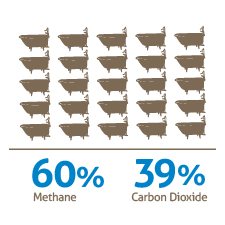 The digester is designed to produce about five cubic meters (25 full bath tubs or 2 large garbage bags per hour) per day of biogas (60% methane, 39% carbon dioxide), at full capacity with good organic material. The biogas produced over one week is equivalent to 23 litres of gasoline. 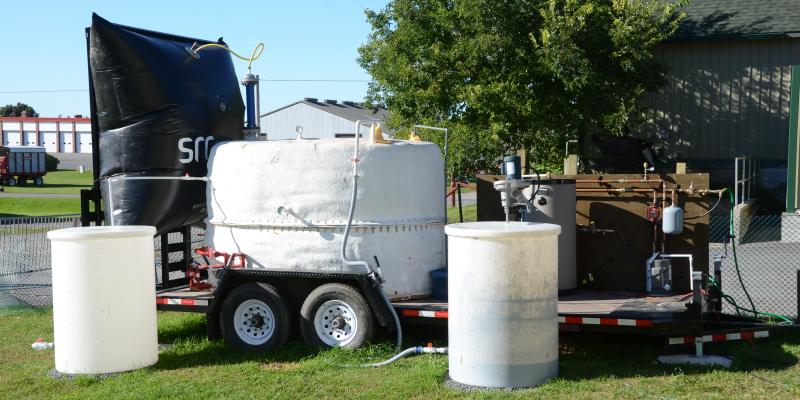 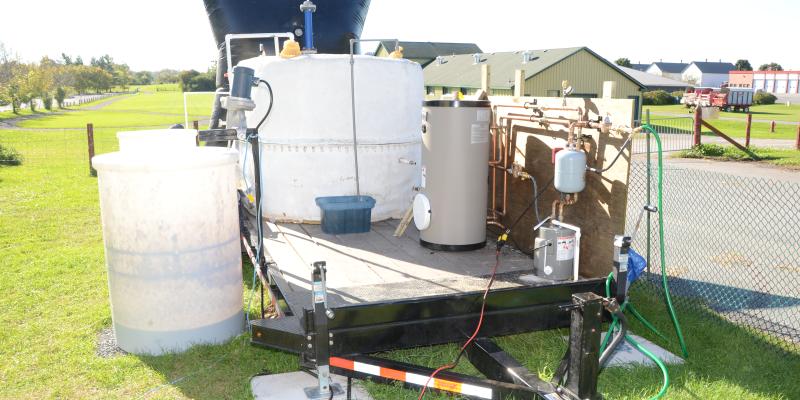 The biogas produced over one week by this biodigester is equivalent to 23 litres of gasoline. Photo Credit: Tom Alfoldi 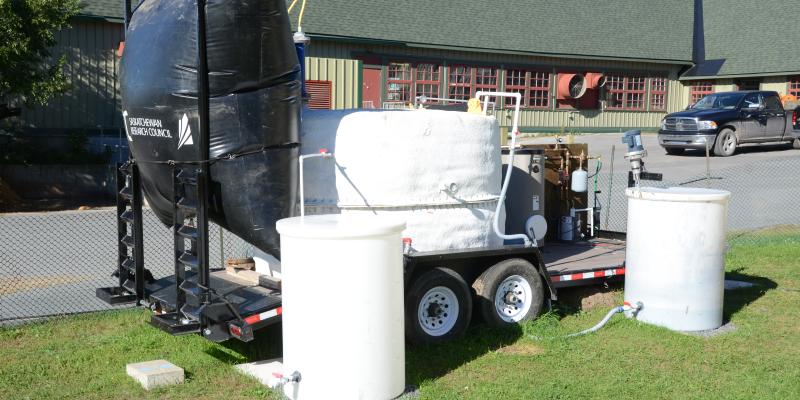 This biodigester shows visitors how manure can be broken down by micro-organisms to produce biogas. Photo Credit: Tom Alfoldi