A Look Back at Groundwater and Salinity in Saskatchewan

What is groundwater? Have you ever dug a hole in the sand at the beach and watched as it filled up with water? If the ground is permeable enough it can hold water but still be solid. The upper surface of this water-filled area is called the water table. The saturated areas below are called the aquifer, which is a huge storage of water. In this example when the hole in the sand is dug, it is essentially acting as the well. With groundwater, a well can be drilled into the aquifer and water can then be pumped out.

Groundwater geology is the application of geologic principles to the exploration, development and management of groundwater resources. Groundwater has been used since the end of the nineteenth century for domestic and industrial water supply.

Did you know that 70 per cent of Saskatchewan residents rely at least partially on groundwater supplies? The drought of 1980 reinforced the importance of groundwater and the need for ongoing research.

History of Groundwater Resources in Saskatchewan

In the 1960s, SRC began the Geology and Groundwater mapping program, collecting and compiling data on the geology, quantity and quality of groundwater resources in the agricultural regions of Saskatchewan. In 1971, there was a geological investigation of the water bearing sands and gravels, known as aquifers in the settled areas of Saskatchewan.

Originally, 49 observation wells were developed to monitor fluctuations in groundwater levels and their relationships to climate fluctuations. The objective of a regional groundwater survey was to establish the broad geological framework in which groundwater occurs and to establish the regional flow system. It required systematic mapping of the potential aquifers along with the variation of water quality. This data was then used to predict groundwater trends.

Maps showed the configuration of the surface of the older rocks on which the glacial materials were deposited. The pre-glacial river valleys are low areas in the bedrock surface and, to varying degrees, they act as catch-basins for the groundwater moving slowly through the over lying glacial deposits. If porous sands and gravel were deposited in the buried valleys, they constitute very good places to look for groundwater.

SRC’s experts studied the aquifers that sustain the delicate balance of groundwater supply. The only way these could be delineated was by test drilling the major subsurface aquifers. It was proven that this information was important as SRC received many requests from farmers, consultants, government agencies, and municipalities.

In the early 1960s, there were areas in Saskatchewan with inadequate supplies of potable water but with large quantities of saline water. The program started by locating and mapping groundwater resources, but expanded to water quality analyses, including under groundwater movements.

Its aim was to investigate and develop new methods and approaches to evaluate groundwater quality and quantity, along with groundwater quality improvement methods. This allowed for more realistic allocation, control and protection of this valuable renewable resource. 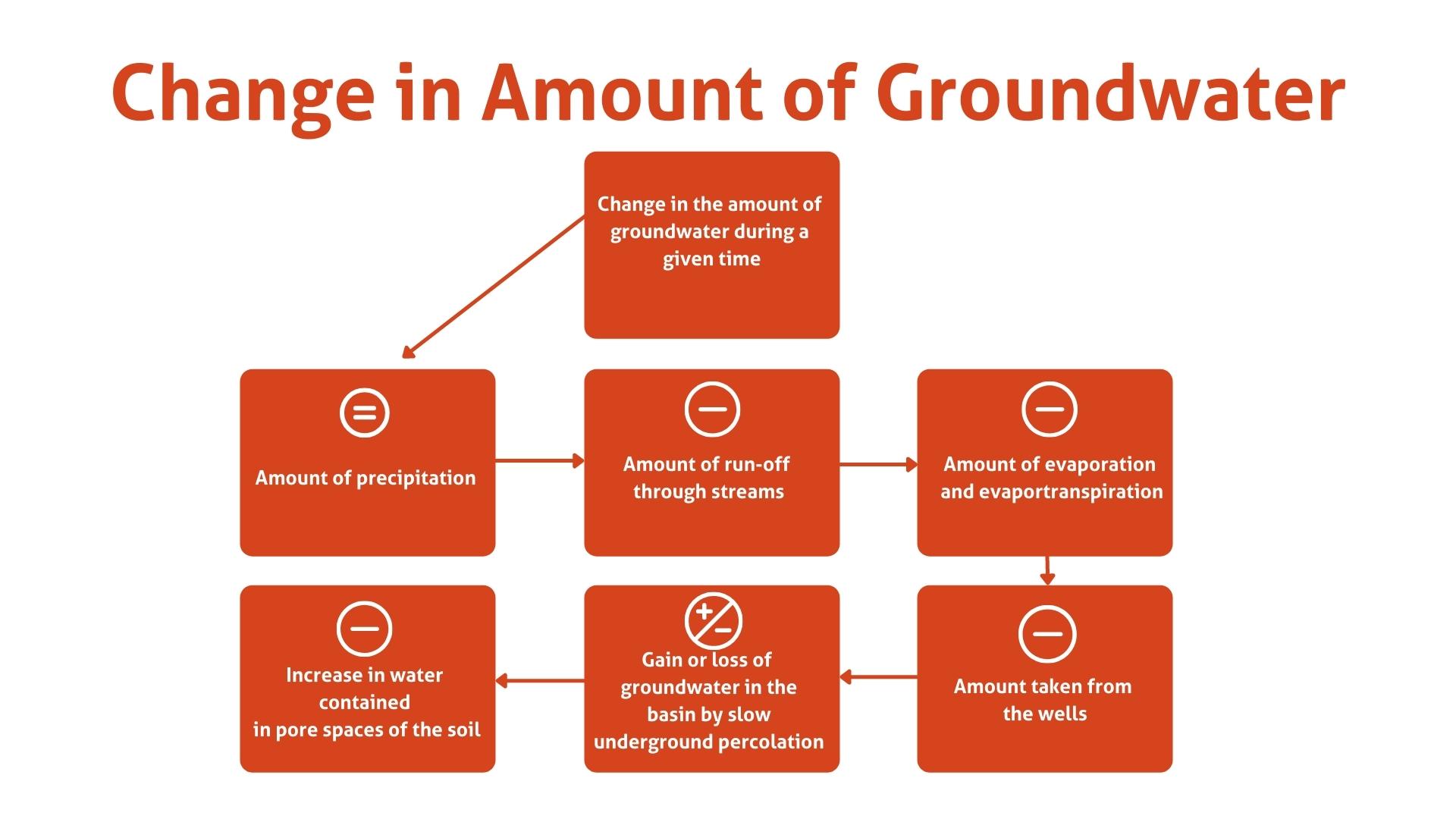 Techniques Evaluated During These Times

In 1961, SRC studied water purification methods developed by the Office of Saline Water of the United States Department of the Interior. It was shown there was a possibility to use the natural refrigeration available during the winter in Saskatchewan to purify enough water to supply a small town with enough clean water for the next year. With quick freezing, the salinity of water could be reduced by a third, but with a slow freezing, such as you would see naturally, the water would be almost completely free of salt.

SRC developed a reservoir freezing process that was based on natural refrigeration and was economical compared to other methods. Creating a simple and inexpensive desalination method could improve quality of life, reduce stress on livestock, and extend the life of plumbing equipment.

Reservoir freezing is a process in which brackish (saline) water in a relatively shallow reservoir freezes naturally during the winter, removing 70 to 80 per cent of the dissolved salts. In the spring, the concentrated brine is discarded, and the ice melt is collected and stored for use during the following year.

Starting in 1971, SRC conducted laboratory and field experiments over five years to assess the effect of weather parameters, snow cover, freed water composition and reservoir design had on yield and quality. A computer program was then written to design reservoirs and estimate capital and operating costs for reservoir freezing. 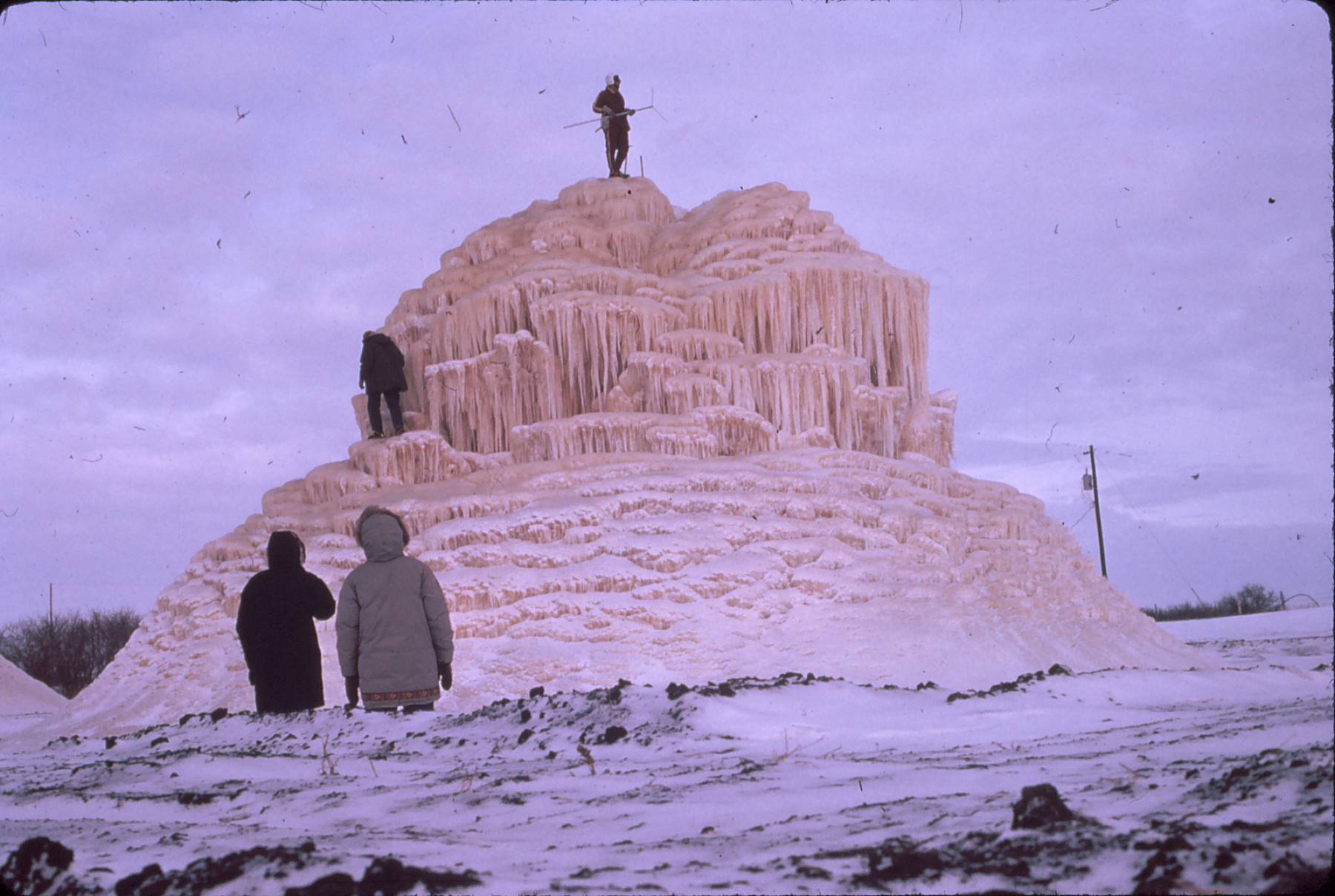 Layer freezing was also investigated, where a block of ice is built up by freezing successive layers of brackish water on previously frozen water. Desalination occurs during melting since the initial melt-water drainage is more concentrated than the feed water. However, this method is more expensive compared to reservoir freezing.

Another test was the field study of spray freezing which was conducted during the winter of 1970-71. Water containing 2,000 ppm sodium chloride was sprayed into a butyl membrane-lined basin using a modified lawn sprinkler mounted on a vertical standpipe.

During January to March over 220,000 imperial gallons of water was sprayed into the basin and the results showed that 78 per cent of the water was recovered, now containing less than 500 ppm sodium chloride.

The Future of Groundwater

Although Canada has an abundant supply of fresh water, in much of the semi-arid areas of western Canada, brackish groundwater is the only dependable well distributed supply. It was deemed that spray freezing was the best solution as trials were completed successfully by SRC between 1975 and 1980. These trials showed that spray freezing could be the most economical way to supply potable water on a small scale required by individual farms and small communities versus other desalination methods.

For smaller communities and farms, where the only source of water is brackish or saline water, desalination is an alternative rather than transporting potable water from the nearest supply. Processes such as reverse osmosis, electrodialysis and distillation are options as well, but can be costly, especially for small quantities as equipment is complex and skilled operators are often needed.

Groundwater supply on the prairies is complex and ever-changing due to precipitation, runoff, evaporation and human use. Prior to the 1960s, there was little information available on groundwater resources.

SRC’s initiation of the Groundwater Resource mapping program provided a basis for evaluating groundwater resources in Saskatchewan. In the past, these tests showed positive results, however, as time went on these methods never garnered the uptake predicted.

Did You Know: The Water Security Agency (WSA) has guidelines that communities must adhere to for both surface and groundwater potable water supplies.