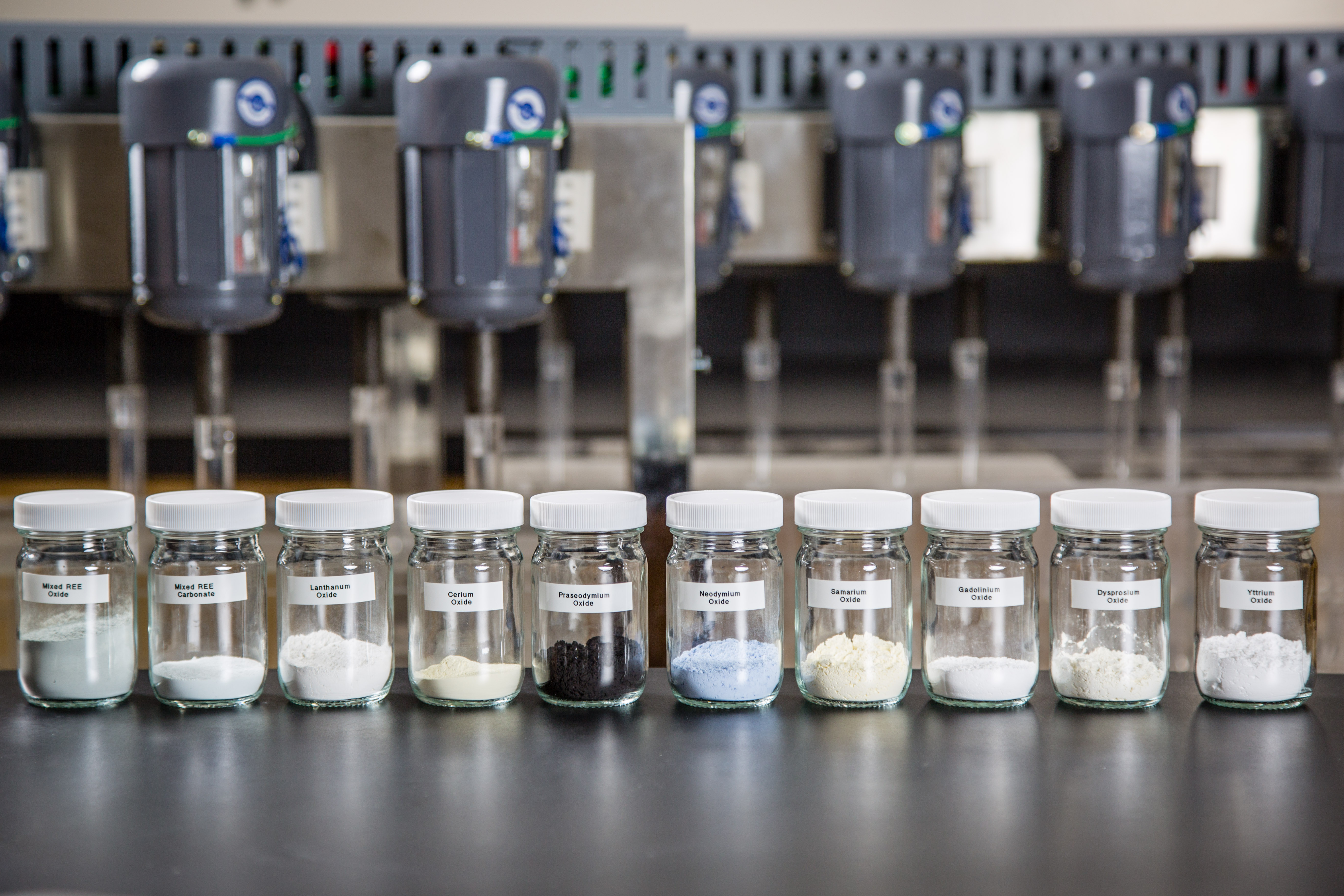 Rare earth elements (REEs) are not as rare as their name indicates. However, there aren’t many mineable deposits. Most of the mineable deposits have been found in China, America, South Africa and Australia. Currently, China produces over 95 per cent of the world’s REE production and supplies about 97 per cent of the world’s demand. The United States used to be the dominant supplier prior to the 1980s via the Mountain Pass deposit in California, but because of environmental issues around the complex production process and lower market value, the mine was closed in 2000. REEs include the 15 lanthanide elements, plus yttrium and scandium. The lanthanide elements are normally categorized in two groups:

These two groups are often found together in a rare earth deposit due to their similar physical and chemical properties.

Where are Rare Earths Used?

The versatility and specificity of rare earth elements (REEs) have led to their use in an ever-increasing variety of applications in new technologies. Consequently, demand for REEs has increased significantly. Everybody wants to extract rare earths because they’re so important, but metallurgical processing is complicated and comes at a high cost.

Over 250 companies outside of China are trying to develop rare earth element properties. The reality is rare earths are a small volume commodity – not like potash or iron ores – so no major mining companies are in rare earths because revenues are relatively small.

The processes to produce rare earth elements are complicated, involving many stages of physical and chemical treatment. The energy and reagent consumption are high. The treatment of waste gas, water and tailings is difficult. The cost to produce rare earths is very high, which makes it difficult for other companies to compete with Chinese producers. China is able to control the market and the production for several reasons: 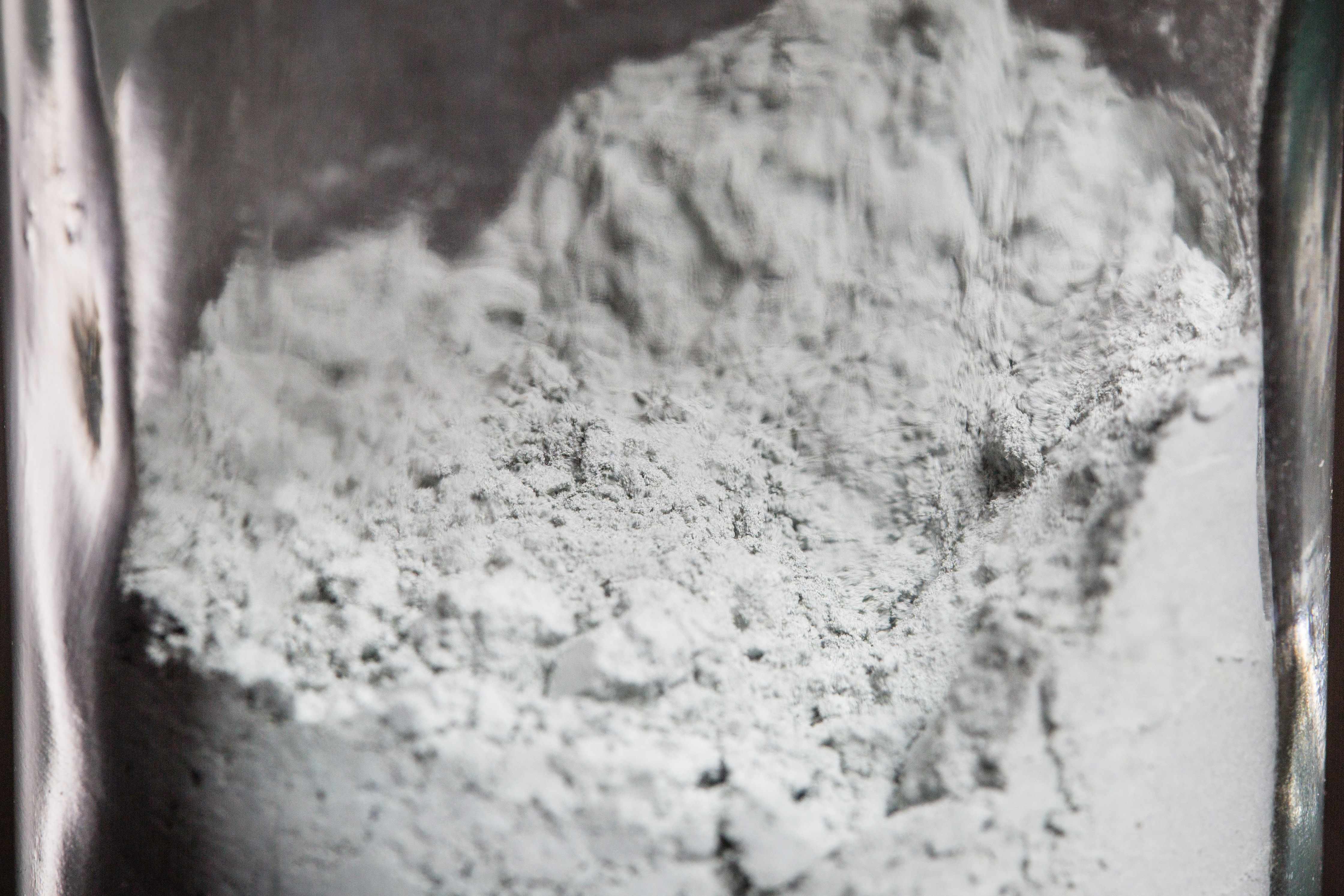 Processing rare earths is much more complicated than potash or iron ore. Rare earth deposits are different from area to area with unique characteristics that make the processing challenging. For example, the process and reagents that work well for the Chinese deposits don't work for those deposits in Canada and Greenland. Research and development is important to develop a rare earth deposit for a production mine.

After the rock is mined, a series of physical separations are required to remove associated gangue (unwanted) minerals. The physical separations produce a concentrate and then hydrometallurgical processing is done to dissolve the concentrate. The rare earth elements along with other impurities are dissolved into a solution. Various steps of treatment are normally required to remove impurities prior to rare earth element separation. From there, many hundreds of steps are required to separate the seventeen elements.

No production plant can separate all seventeen elements at once, so they’re separated into groups, such as light to medium to heavy rare earths. Within each group, the elements are separated individually. The individual elements are then used in high technology products like smartphone screens, jet fighters, defense systems and hybrid cars.

In the early days, rare earth production in China caused environmental issues. In Jiangxi GanZhou, one of the major ion-absorption rare earth production areas in China, there’s 302 discarded mines with 190,000,000 tonnes of tailings in an area less than 100 square kilometers. The cleanup of the tailings will take at least 70 years to complete. The remediation costs are so significant that revenues from REE production can’t cover the cleanup costs.

The Chinese government has realized the environmental issues associated with production and are increasing regulations on production. This has caused a lot of uncertainty and speculation. And also why you see more exploration companies emerging.

The Future of Rare Earths

These challenges have complicated the market and the technology. But with time, a better solution may be developed.