This year, SRC is marking its 70th year in business.

In April 1947, the Province established SRC with a mandate of undertaking projects that would help in the advancement of the Province’s industrial development. SRC began from humble beginnings as a granting agency with no permanent staff and a $20,000 budget reviewed by a board. Since then, SRC has grown to become one of Canada’s leading providers of applied research, development and demonstration, and technology commercialization with over 350 employees, $70 million in annual revenue and 1,500 clients in 20 countries around the world.

“SRC has been helping Saskatchewan industry to solve its challenging problems for seven decades now,” Minister Responsible for SRC Jeremy Harrison said. “Through continuous improvement and innovation, SRC has been able to sustain its leading-edge technical status to deliver on Saskatchewan’s industrial needs.”

Throughout its history, SRC’s goal has been to create positive value for the province. In the 1970’s, SRC was a leader in energy efficient housing research and its work formed the basis for the development of the R-2000 standard for energy efficient homes. In the 1980s, SRC played a large role assisting the Saskatchewan energy industry by enabling the implementation of horizontal wells in and the use of CO2 for enhanced oil recovery. Today, SRC’s Geoanalytical Laboratories operates the world’s largest and best geoassay laboratories for uranium, potash and diamonds. SRC’s environmental remediation work in northern Saskatchewan also leads industry with its community engagement and environmental practices. These are just a few examples of how SRC has pioneered initiatives that benefit Saskatchewan.

“We are proud of the substantial positive impacts we have made on our economy, environment and communities over the past 70 years,” SRC President and CEO Dr. Laurier Schramm said. “Looking forward, we are committed to continuing to create positive impacts for the province in our endeavour to become the most internationally recognized and valued science solutions company in North America by 2020.”

To commemorate this milestone, SRC has released a new book, Research and Development on the Prairies: A History of the Saskatchewan Research Council, which is available on Amazon.com. Proceeds from the book’s sale go to support SRC’s Technology-In-Action Fund.

Learn more about SRC's history in a blog series written by Dr. Laurier Schramm, which highlights the growth and changes over the company's last 70 years. Activate time machine. 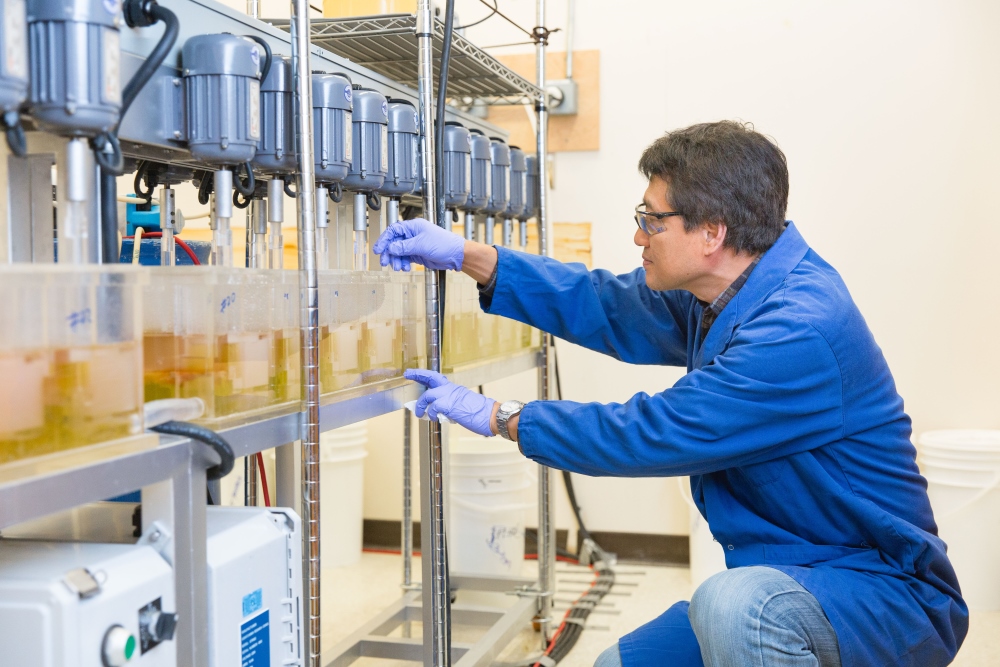