Real-World Safety Stories from the Lab Floor: Take Charge of Your Safety

Safety professionals often get a reputation of being the “do this or don’t do that or if you do this such and such bad thing will happen to you” messengers. These are important messages, but you’ve likely heard them before. So I’ll refrain from recycling the standard safety messaging. Instead, I’m going to tell you two safety stories. Both these stories are not about big catastrophic accidents, but real-life, everyday situations from my experience as a safety professional. Maybe you’ll see yourself in these stories.

Maybe you’ll recall a similar incident a colleague told you about. The point is, we often learn best from stories we can either relate to or identify with. It’s a chance to learn from another’s mistakes, so that you can make changes in your own life or workplace to make things a little safer. 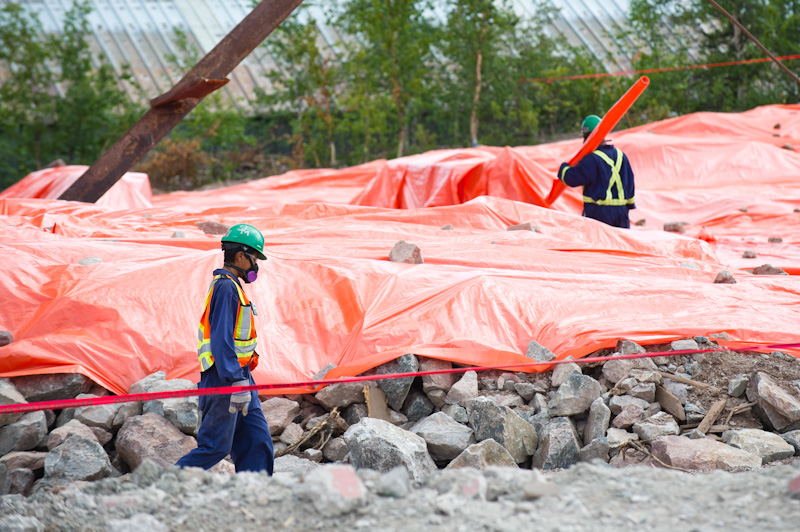 During a routine lab inspection, I found a person working at a work bench. I was happy to notice that the workplace was tidy and the person was wearing all necessary Personal Protective Equipment, such as safety glasses, a lab coat and safety shoes. But when I looked at the ceiling above his head, I found one of the tiles dislodged halfway and threatening to fall. I asked the person if he knew about the tile in the ceiling. He replied that he not only knew about it, but had informed building maintenance about it a few weeks back. He didn’t know when the repairs would be done and hadn’t followed up on his request. When I asked what he was going to do now, he shrugged and continued working.

Obviously he had decided to wait for someone to repair the tile and didn’t feel at risk of the tile falling on his head. He was just lucky not to get hurt. And one shouldn’t depend on luck. In this story, the consequences of him not doing anything were significant enough that he should’ve taken action, such as either stopping work and calling for help to remove the tile immediately or changing his work station and alerting his colleagues and supervisor.

But I was surprised by what he told me later. He said ten years ago, he was involved in a car accident. While negotiating a bend in the road, his truck rolled over multiple times, ending belly up on the side of the road. He believed it was a miracle he escaped with only minor bruises and injuries. Later he realized that it wasn’t a miracle, but it was his seatbelt that saved him. When he first started driving a heavy duty vehicle, he developed a habit of wearing the seatbelt all the time.

But then what happened? He admitted that working at this remote location over the years, because there was a lack of monitoring and also because none of his colleagues wore a seatbelt, he slowly lost the habit. He was embarrassed to admit that in spite of personally experiencing the benefits of a seatbelt, he’d somehow lost the realization of its importance and the habit of wearing it.

This story tells us the importance of forming habits and how can we lose habits if not practiced all the time. It also tells us that continuous monitoring of safety practices is important to help in forming those habits and developing an organization’s safety culture.

What do we learn from these stories? Take responsibility of your own safety, which means not only identifying risks, but assessing them and taking immediate actions to remove them. Human nature is fraught with complacency. An established safety program and a strong organizational culture reduces complacency and shows us the importance of being proactive!