What are Waves of Innovation?

“Innovation Insight” is a blog series written by SRC’s President Emeritus Dr. Laurier Schramm, which aims to shed light on the importance of innovation in driving economic, societal and environmental growth.

Innovation isn’t a linear or even a regular process. In 1925, Nikolai Kondratieff proposed that economies tended to go through 50-year cycles, called Kondratieff Waves: 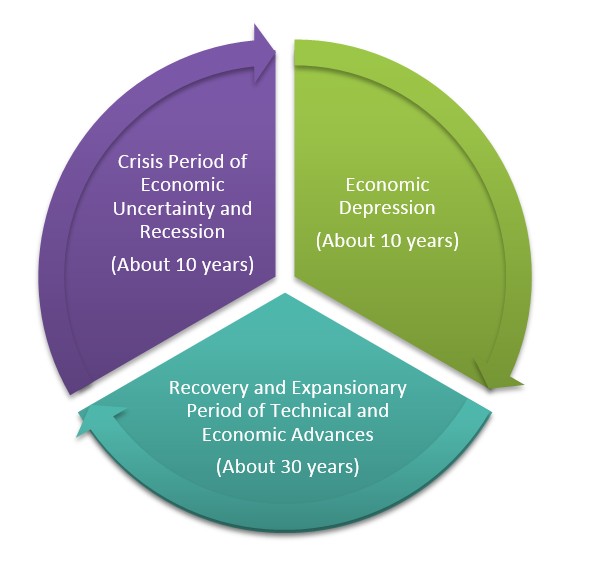 Kondratieff Waves have, at their heart, periods in which a number of key technological (as well as social/political and economic) developments enable bursts of disruptive product or service innovations, fuelling a sharp increase in industrial, and therefore economic, growth. These waves of change also carry with them the seeds of the next wave so the cycles repeat, apparently with periods of approximately 40 to 60 years.

It’s been fairly widely suggested that the world is presently in the “Sixth Wave” of Kondratieff cycles. The technological drivers likely lie in carryovers from the previous wave, such as digitization and computing power, plus newer areas: 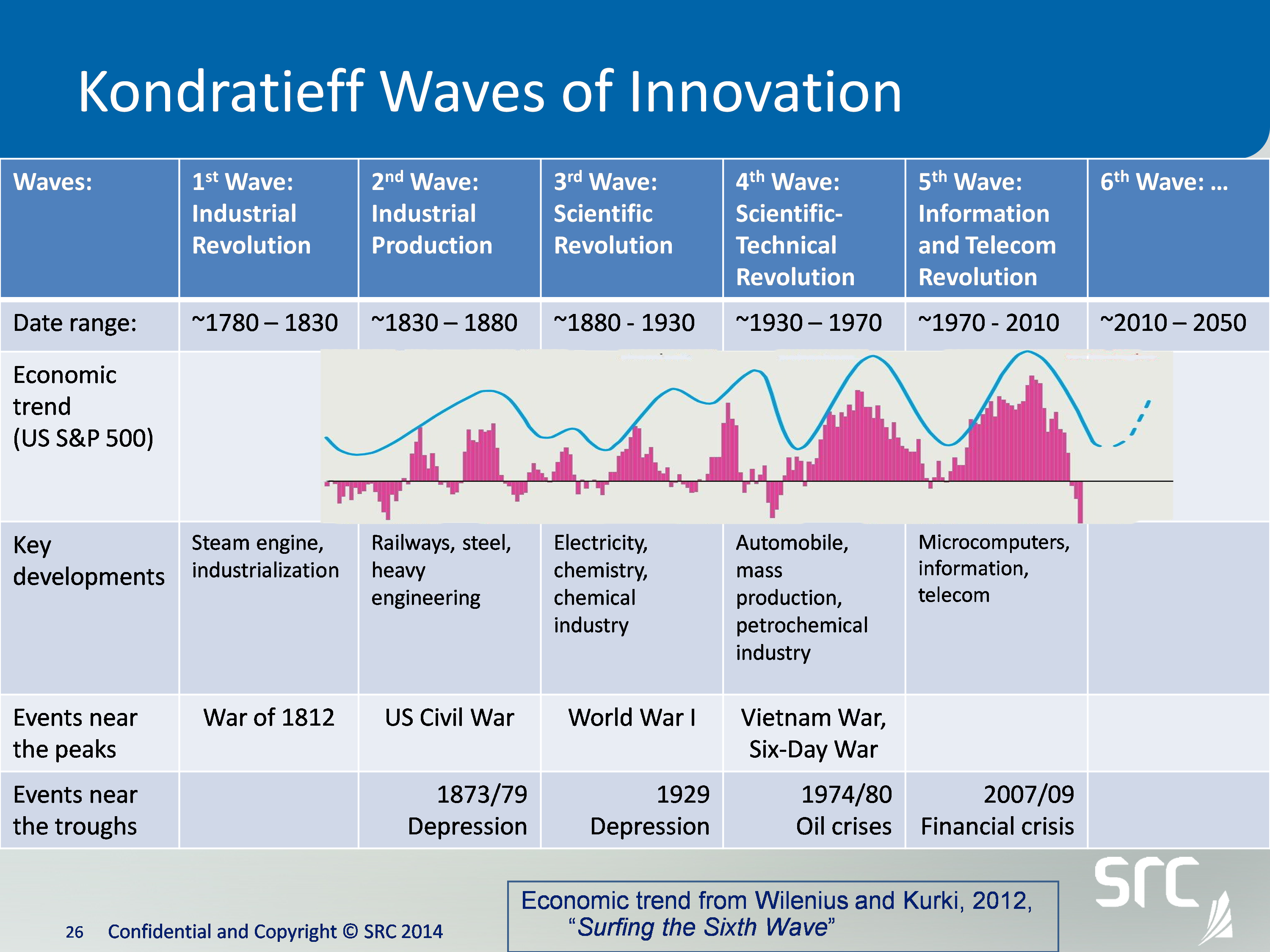 In Saskatchewan, with our strong natural resource base, an example of a sixth wave transformation could be the development of wood-based polymers for use in manufacturing products such as toothpaste, drugs, containers, and clothing. This could represent a major (positive) disruption in the forest products industry resulting in higher value-added manufacturing, which could dramatically improve the forest sector economy.

Looking even further into the future, some features of an eventual Seventh Wave might include the merging of technology and intelligence to create autonomous robots, whether at nano, micro-, or macro-scale, that are capable of independent action, self-repair, and replication.

What do you think could be Canada’s “Sixth-Wave” innovation advantages?