Take Our Kids to Work Day: A Student’s Perspective

Oh, to be in Grade 9 again. Doesn’t it feel like just yesterday you were trying to figure out you wanted “to be” when you grew up? The possibilities seemed endless. Adults often forget the possibilities are still endless. Between jobs and family and other important life responsibilities, we forget what the world looked like when it was an oyster waiting to be cracked open. For this year’s Take Our Kids to Work™ day, we wanted to remind ourselves of what jobs and careers and work look like through the eyes of a young person. So we sat down with one of our ten students to get that perspective and share it with you. 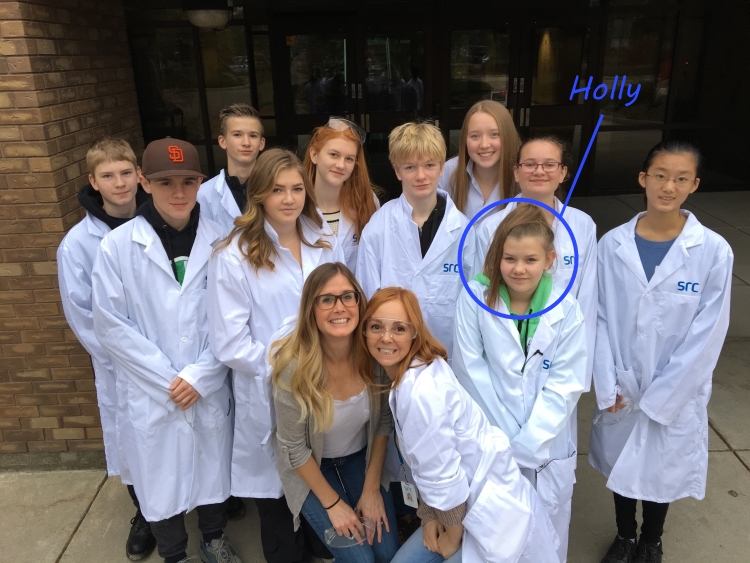 Holly is not just a Grade 9 student. She is a smart, charismatic, talented and thoughtful person who has so many interests that the thought of picking just one for a future career is impossible. She likes a lot of things – from sports to entertainment to making YouTube videos. We can learn a lot from Holly, primarily to keep an open mind and try new things. You never know how they might influence your career decisions.

We followed Holly around as she participated in our award-winning Take Our Kids to Work™ program and she was kind enough to let us grill her with adult-y questions. Watch the video below to see her experience at SRC (she also helped edit the video!) and read the Q&A below to get the full scoop.

How did you spend your day at SRC?

Holly: So we had a great time today and some of the stuff we did was make portable chargers that can be charged by the sun. We used an old mint little container and then we put in the parts and we taped them on. Then we glued the battery and then we could plug our phone in and it would charge.

How do you charge it?

Holly: You leave it in the sun for a couple hours and the sun charges the batteries. My sister made a wind turbine here [two years ago]. She brought it home and showed us how cool it is.

What else did you do today?

Holly: We went to the Biotech Lab [SRC Biotechnology Laboratories] and we did this thing with DNA. So we had Gatorade and we put in our mouths for a minute and then we spit it back into the cup and put dish soap and alcohol in it and then you could see your DNA and these little white soap suds. They were little white particles of DNA. That’s one of the ways you can test your DNA. 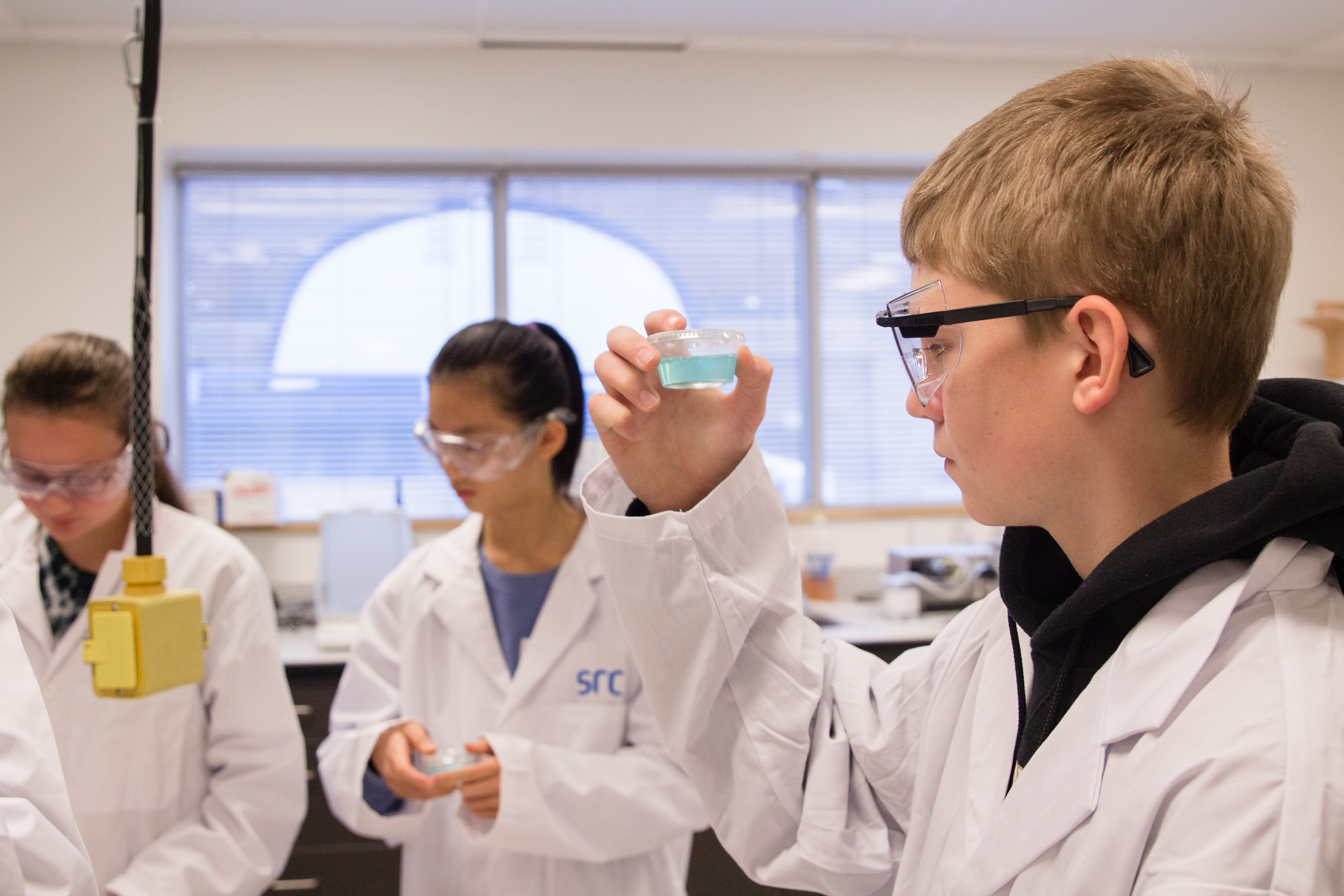 Bruce [supervisor at the Biotech lab] said they also tested wolf poop once. [We followed up with Bruce and he explained that they worked on a few projects to study the population dynamics of wolf packs. The lab assessed lineage and then screened DNA samples from the collected scat.]

At the Geoanalytical lab [SRC Geoanalytical Laboratories] we learned about minerals and what type of minerals sink and which ones float. We did an experiment with a mixture of sand and minerals and some liquid that was hot, dirty and mucky. We put the mixture into that liquid and it separated the minerals. The minerals floated to the top, a few went to the bottom. That’s the stuff you want. It was really hard to stir the mixture when it separated [because the stuff at the top crystallized].

What was your favourite part of the day?

Holly: I really liked making the portable chargers and seeing Eric's camera equipment. [Eric is SRC’s video and photography producer, whom Holly worked with to edit the above video.]

What did you learn about careers today?

Holly: I thought it was really cool how each person had a different career, but they all have different interests and have good jobs. Thomas was an engineer and he seemed really smart. Lucy is a scientist and works with diamonds - she really likes diamonds. [SRC employees Thomas and Lucy shared their education and career experiences with the students before leading them through the portable charger project.]

Does it drive you nuts when people ask you want you want to be?

Holly: Yes, because I don’t know. It's hard to know what I want to do because I could change my mind. My mom was going to be a doctor, but she decided to be a physiotherapist and an acupuncturist.

[Fact: Holly is part of a group of seven young women who have a YouTube channel with over 1.8 million subscribers. Their most-viewed video has over 12 million views!]

That wraps up Take Our Kids to Work™ 2016! Thanks to Holly for helping with the video and this blog post, as well as to the rest of the students and SRC experts and program coordinators for playing a role in making this day a success.