This blog post is the second installment in a three-part series about the history of pipelines, their importance in delivering valuable municipal and industrial commodities, and the role they’ve played in developing Canadian industry. We’ll end the series with a closer look at pipeline safety. 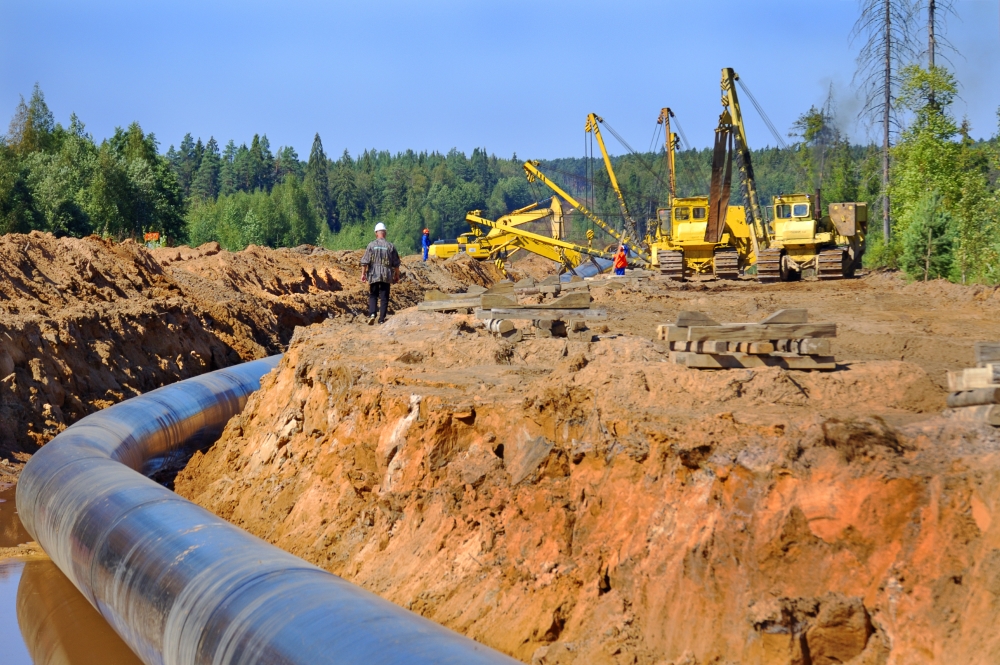 In my last blog post, I talked about the history of pipelines and their important role in delivering water, natural gas and removing wastes from our homes. These are, of course, not the only pipelines in our world.

A larger distribution system supplies these services to street and pump stations along the way. These systems are connected to the water treatment plant, sewage treatment plant and the broader natural gas network that crisscrosses our nation.

But there are other types and kinds of pipelines as well. There are slurry pipelines that transport mining materials and then there are oil pipelines.

Like other materials we’ve discussed, oil pipelines are a transport mechanism to get a vital resource from its origin to its users. In the case of oil, it is helpful to know a bit about its origins too.

Before there were oil pipelines (or indeed, before crude oil or natural gas were commodities) coal and water were used for power, but there was also a huge demand for another type of oil – whale oil.  In the 1800s, spermaceti oil from sperm whales provided smokeless, odourless candles that were a key source of light.

Whale oil was also used to lubricate machinery for a multitude of new inventions and tasks that fuelled the industrial revolution. Whale ships hunted the seas for whales and delivered the oil to ports around the world. It was so popular that these whales were being hunted to near extinction.

In the mid-1800s though, crude oil was discovered in Petrolia, Ontario and Titusville, Pennsylvania, which was lucky for whales and for people because we would’ve hunted whales to extinction and run out of their oil. Crude oil (and natural gas) are organic substances formed through the decay of organic plant and small organism materials over millions of years.

Oil and natural gas are also sometimes called fossil fuels, or hydrocarbons, which refers to the chemical elements they’re made of: hydrogen, oxygen and carbon.

The oil produced in these early developments was transported in converted whiskey barrels via horse-drawn teams to rail stations. As demand grew (and this new energy source replaced whale oil), pipelines were needed to provide larger scale and more efficient transport of oil to its users.

Oil and gas development projects occurred where the oil was discovered, which had little correlation to where major urban centres were located. Pipelines were needed to transport these materials longer distances than the typical water and sewer systems.

How pipelines developed in Canada

The Canadian Energy Pipeline Association (CEPA) provides a detailed historical overview of the first pipelines built in Canada, which mentions that the first long-distance pipeline in Canada was built in 1853 to move natural gas to Trois Rivières, Quebec. It was 25-km long, made of cast iron pipe and it is believed to have been the longest pipeline in the world at that time. Six years later, the U.S. built its first long-distance pipeline.

In 1862, Canada built among the world’s first oil pipelines from Petrolia to Sarnia, Ontario. Development in the west first began with natural gas, and in 1912 the 275-km Canadian Western Natural gas pipeline was built from Bow Island to Calgary, Alberta.

Turning on the tap

Early oil and gas activity in Alberta was mainly in the southern part of the province, beginning with natural gas and then expanding to oil, particularly with a discovery at Turner Valley in 1914. Drilling and modest discoveries continued in Alberta for years, but the big turning point for Canada’s oil industry came with the Leduc #1 discovery of the Leduc Reef formation in 1947.

During the 1950s, numerous major pipelines were constructed to connect Canada’s western oil and gas resources to its users.

The impact of Canada’s substantial domestic supply of oil at this period in history is significant. If this abundant resource had not been developed, Canada would have competed with the world to obtain access to one of the most important sources of growth and prosperity of the 20th century.

Oil: it’s not just for vehicles

Pipelines were also built to Sarnia, Ontario and Montreal, Quebec, securing these regions’ positions as long-term hubs for petrochemical production. Most people are aware that oil is used to make gasoline, the primary fuel for road transportation worldwide.

A reliable supply of petrochemicals led to the development of numerous other industries in centers like Hamilton, Toronto and Montreal, such as textiles (carpets, furniture, clothing), pharmaceuticals, automobile components, building materials and convenience products, in addition to providing this variety of products for our use.

Pipeline development enabled these regions of Quebec and Ontario to become hubs for petrochemical production and in turn, manufacturing that used petrochemicals as inputs.

How pipelines transport oil and gas from field to market

Pipelines in the oil and gas industry consist of a large network. Most individual oil and gas wells or well pads have pipeline production lines that deliver the oil, gas and associated salty water to field treating facilities, often called oil batteries.

At an oil battery, oil, water and gas are separated and then the oil and gas are pipelined separately to larger refining centers. At upgrader and refinery facilities, different hydrocarbons are separated and purified into the hydrocarbon products used as feedstocks for gasoline, fuel oil and petrochemical use. These products are then either trucked, pipelined or transported by rail to market.

The separated natural gas is compressed and delivered either directly to gas distribution systems, or to plants that remove ethane and propane from the gas. After that, a near-pure methane gas stream is sent to the natural gas supply network, which brings gas to residential homes and gas-fired power plants.

The future of pipelines

Broader concerns about climate change have challenged the use of pipelines to transport oil and raised questions about how our society will satisfy its future energy needs. To address these concerns, society is working to diversify our energy supply and develop and implement alternative energy sources.

The shift to alternative energy sources is still a work in progress though. Oil and gas are still vital resources to support our current way of life, and pipelines will help us continue transporting oil across the country, as they have for decades.

Pipelines can operate safely and efficiently and as they are usually buried, they are not generally visible to us. After the initial signs of construction dissipate and vegetation regrows, many of us are unaware of the presence of a pipeline once it is operating. However, when a pipeline leaks or ruptures, it attracts a lot of attention.

While these incidents are statistically rare in comparison to the vast network of pipelines in operation, spills in sensitive areas can cause environmental damage that can be very difficult to clean up. Governments and industry have made significant efforts to invest in research and development to improve pipeline technology, particularly around pipeline safety.

Watch for my next post for more on how new technologies are improving pipeline safety.

SRC’s Pipe Flow Technology Centre™ is a world leader in multi-phase pipeline transportation technology. The facility conducts projects in multi-phase flow and process testing, as well as demonstration and pipeline design and development for the heavy oil, oil sands and mineral industries.

In addition, SRC and Paterson and Cooke offer a comprehensive course in slurry pipeline design for people working in slurry transportation.