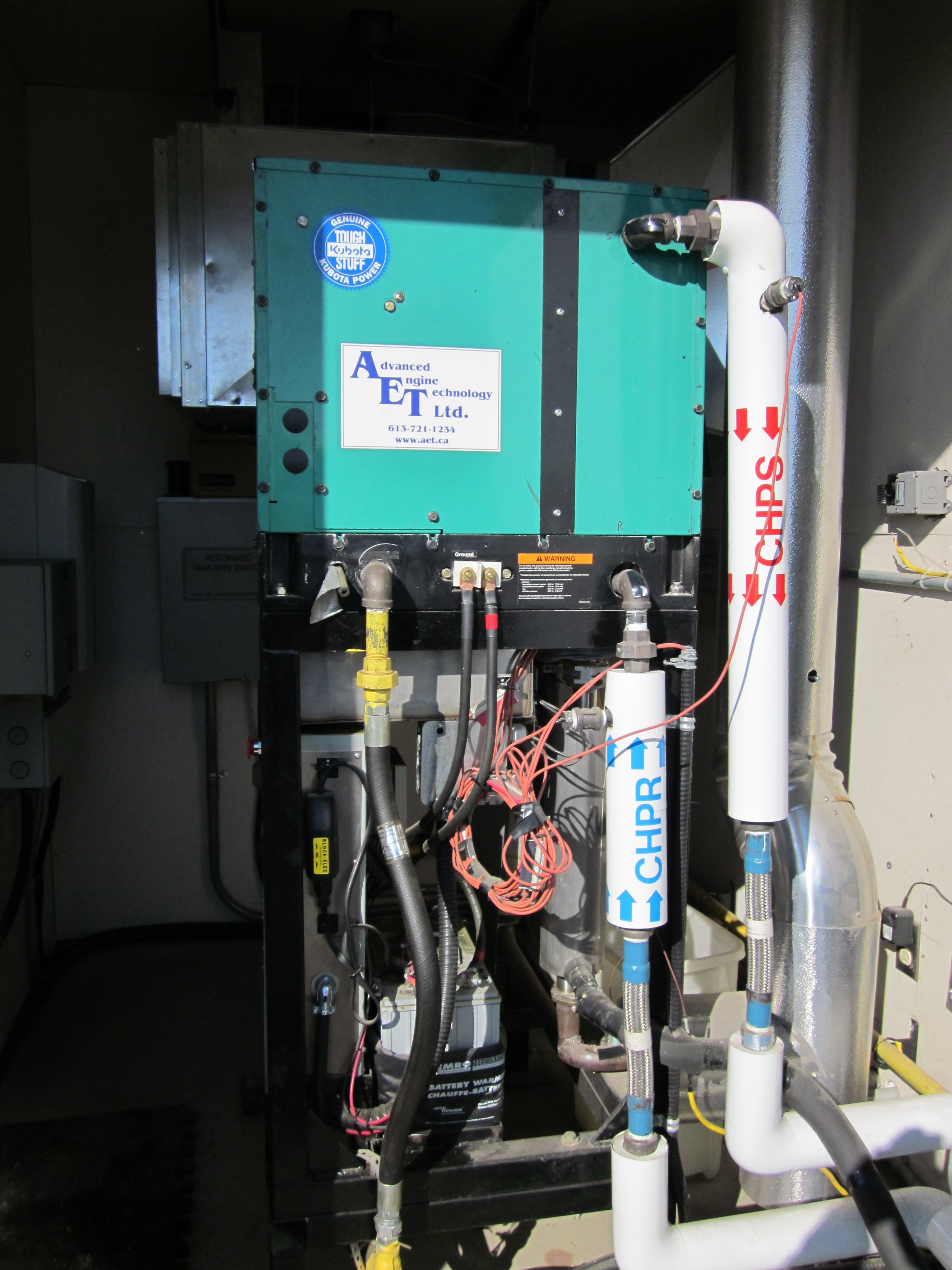 In 2011, SRC completed a pilot CHP project at Inland Metal’s manufacturing facility in Regina. The project used first-to-market CHP technology that captures heat from a natural gas-powered internal combustion engine in a small to medium-sized industry. Providing both electricity and heat energy, the system operated more efficiently than any other existing technology in its class and reduced overall energy costs to the consumer.

Typically, excess heat from conventional electrical generation facilities is released to the atmosphere as part of combustion exhaust. In addition, energy “line loss” is also experienced as electricity is transmitted from central plants to customers over long distances. But this CHP system captures both the heat of the engine as well as the majority of heat in the exhaust stream, using it for facility space heating.

The electricity produced by the CHP system eliminates line loss and as a result, overall system input energy reductions ranging between 35 and 42 per cent could potentially be achieved compared to providing heat and electricity separately from the natural gas system and central electrical power plants located in Saskatchewan. This technology also has the potential to reduce CO2 emissions by up to 55 per cent compared to Saskatchewan’s coal powered electrical generation.