Saskatchewan Research Council’s (SRC) Rostyk Hursky has been chosen as this year’s recipient of the Institute of Public Administration of Canada (IPAC) Saskatchewan Promising New Professional Award. This prestigious award recognizes individuals who demonstrate leadership within the public service, the ideals and values of public administration and the ability to improve upon the sound work of public administration in Saskatchewan. Earlier this year, IPAC also awarded Rostyk runner-up for the National Promising New Professional Award.

Rostyk has been with SRC since 2010 where he started as the sole Knowledge Resource Analyst within SRC’s Business Ventures and Communications Division. Now, just three short years later, Rostyk leads a Business Intelligence Team of six members who carefully monitor and gather business intelligence as it relates to SRC’s areas of expertise and potential areas of opportunity, providing expert intelligence solutions, market research and analysis to SRC. Rostyk’s team has been able to successfully engage employees and bridge the gap between the many different focus areas at SRC.

Not only is Rostyk a leader at SRC and in Saskatchewan, he is being recognized as a thought leader elsewhere in Canada and beyond. Most recently, his work and skills have attracted attention from Frost &amp; Sullivan, a competitive intelligence powerhouse that started Global Community of Growth, Innovation and Leadership (GIL Global) and the Strategic and Competitive Intelligence Professionals (SCIP). Rostyk was invited to attend the exclusive global GIL conference in Silicon Valley in September 2013 and the SCIP Global Conference in Orlando in May 2013 as a speaker and thought leader. Invitation to these events opened doors for SRC and led to increased awareness of SRC’s activities in Saskatchewan.

Prior to joining SRC, Rostyk worked in the consulting industry where he developed business strategies and marketing recommendations for clients. In addition to researching various markets and industries, he has more than six years of experience in the financial sector.

Rostyk was presented with the award at Government House in Regina on Thursday, September 19, 2013. 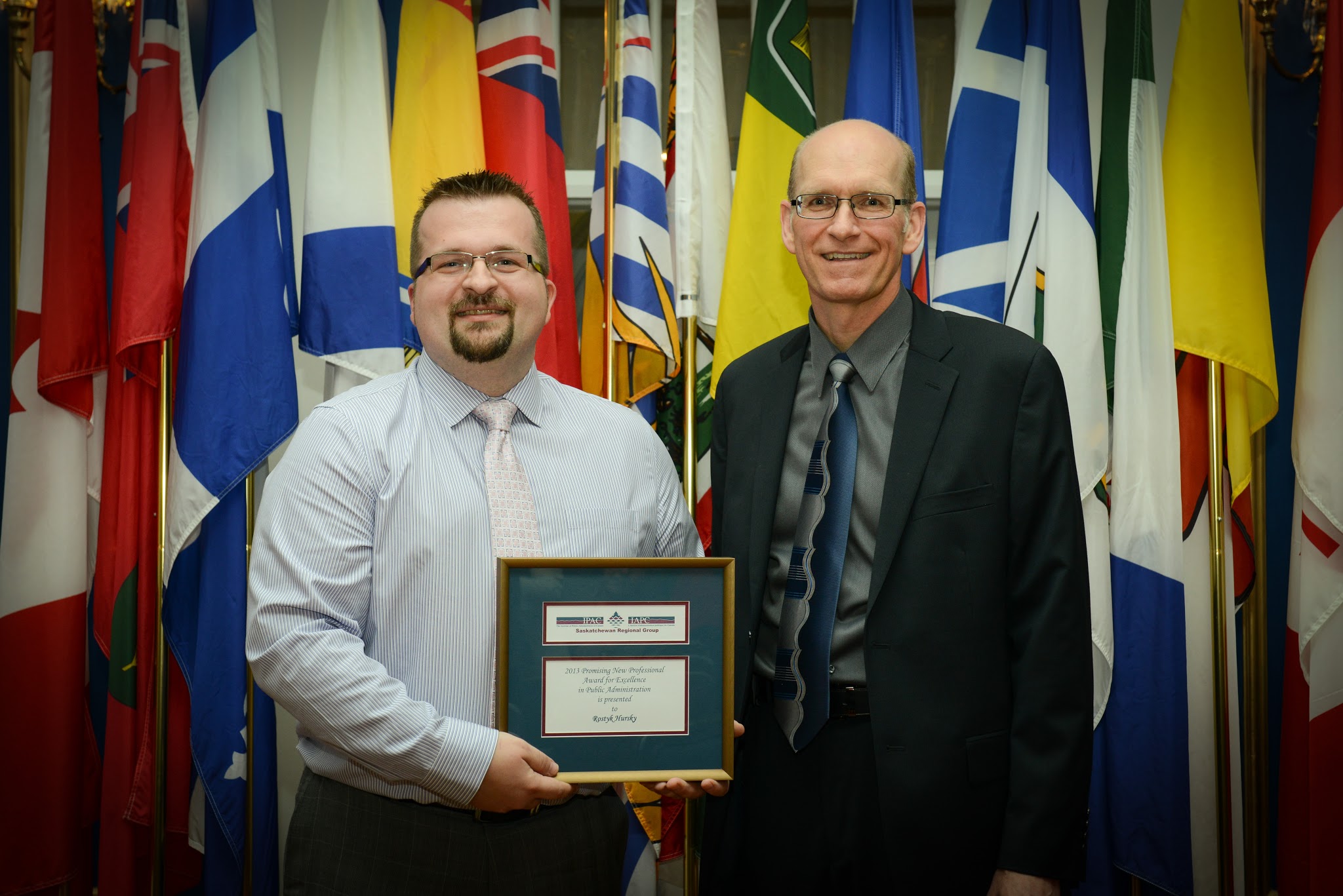