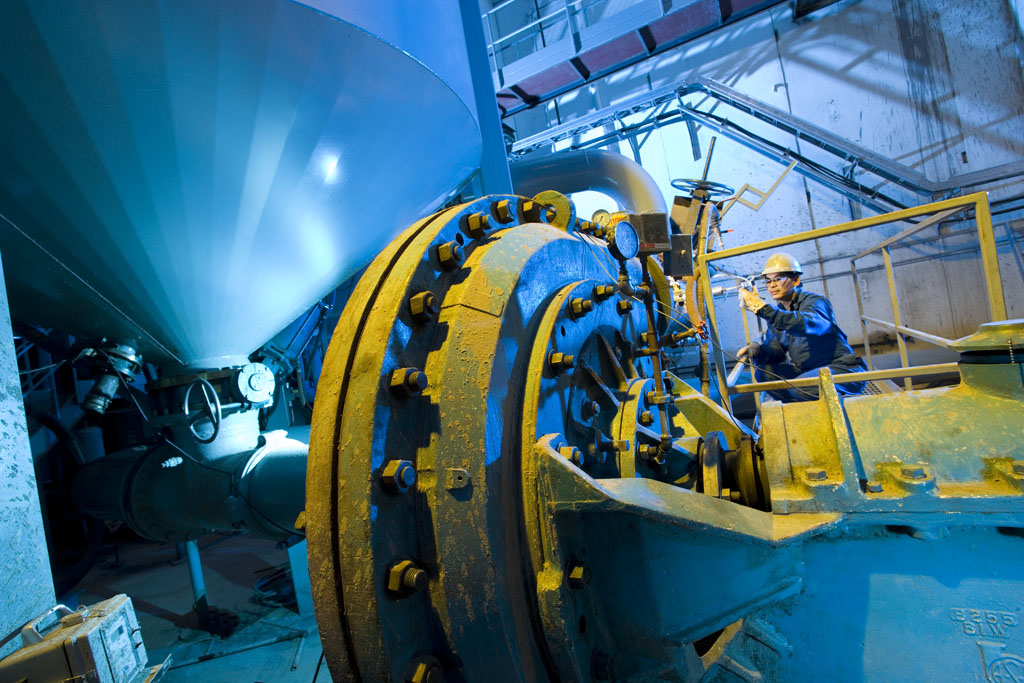 This post is an excerpt from an article that first appeared in Oil and Gas Product News, in August 2014.

In mining and oil sands, one of the biggest challenges faced by operators is dealing with slurries – complex mixtures of solids and liquids – which need to be sent via pipeline for processing, treatment and environmentally-safe disposal.

The way that fluid flows, influenced by factors such as rheology, velocity, temperature and pressure, can affect the size of the pipeline and the architecture of the system used to transport the ore and water slurry, or crude oil mixture running through it.

The study of fluid mechanics is the specialty of the Saskatchewan Research Council’s (SRC) Pipe Flow Technology Centre™, which has been working closely with oil and mining companies for more than 50 years, to engineer solutions to their slurry pipeline challenges. The Centre's manager, Lesley McGilp, spoke to Oil and Gas Product News (OGPN) recently about the Pipe Flow Technology Centre™ and how it works with industry.

OGPN: Why is it important for companies to do research into how slurries behave?

LM: I think that the biggest benefit for industry is improved design and that helps them in a few different ways. You're potentially reducing your capital costs because you're picking the right equipment right from the beginning, the right size of pipe, the right size of pump.

When companies don't know for sure, equipment gets put in that's incorrectly sized and then you end up trouble-shooting that equipment. So you have operational expenses associated with trying to work with a system that isn't ideal. A system that is properly designed is more energy-efficient, so you're saving electricity costs. There’s an environmental benefit to improved energy efficiency as well.

OGPN: What are some significant pipeline applications that the Centre has been involved in over the years?

LM: One of the big things that our group was involved in was developing hydrotransport technology for the oil sands industry. In the '80s and early '90s, all the oil sands ore was transported to the extraction plants via conveyer belts. You can imagine what that was like. Kilometres-long conveyer belts out in the open in the rain or the snow. They had a lot of struggles with run time, their equipment would go down, things would break or seize up.

There was an interest in looking at whether this ore could be pipelined. They would mix the ore with water and then pipeline the slurry to the extraction plant. That's what is done now. That technology was developed at our Centre, working with a leading oil sands operator, and now all oil sands operations use this technology. It was really a game changer for the industry and vastly improved their run times and lowered their operational costs.

It also has the added benefit that you start the extraction process in the pipeline. Now that process, of separating the bitumen from the sand, starts in the pipeline while it's being transported so that's one of the advantages of hydrotransport, in addition to being more reliable operationally and more efficient.

Another big innovation is SRC’s Pipe Flow Model. Slurry pipelines are complex, hard to design and there's no equations in your university textbooks that would allow you to design a slurry pipeline. Our researchers developed equations that represent the mechanics of the flow. They've incorporated this model into a spreadsheet format so designers can use it to make calculations for slurry pipelines. We offer training courses in how to use the model; we've trained over 800 engineers over the years. It's an industry standard now, in particular for oil sands, but it's used worldwide for a variety of slurry and mining applications.

OGPN: Is the Centre doing any research into tailings disposal?

Most of the work that we do is proprietary to our clients. But they are sharing it with one another through an innovation network for environmental research. That's something that's really exciting to see actually. What we're working on for one oil sands company is being shared with other companies and then they're all kind of moving forward on this technology in tandem, assisting one another with the research. It's a big challenge, it's a complex problem, but because it's an environmentally-focused area, there's more interest in collaborating.

OGPN: The Centre recently completed an expansion. What was involved there?

LM: We have added a high-pressure, high-temperature pipe loop capable of handling flammable materials. Before the expansion, we could only test low pressure conditions and up to about 65 degrees Celsius, but there are a lot of applications, particularly in oil and gas, that are higher temperature or higher pressure.

One potential market for this equipment is the SAGD industry. It's a big percentage of oil sands production but there's heavy oil production that is steam-based as well. There's also some interest in looking at solvent extraction technology. The equipment could be used for that too. Those were some of the drivers behind why we thought it would be a good idea to build this facility and how we thought it could be used. The fluid mechanics at those temperatures and pressures are not as well understood and so I think there's a lot of scope there for study and improved understanding.

For more information about SRC's Pipe Flow Technology Centre™, check out these resources: